Dynasty Warriors: Gundam is a spin-off of Koei's Dynasty Warriors series of historical hack-and-slash action games depicting characters, mobile suits, and events from numerous Gundam series. The game is published by Gundam license holder Namco Bandai. Originally released for the PS3 in Japan, the game was ported to the Xbox 360 for release alongside the PS3 version in North America. The Xbox 360 version was later released in Japan as Gundam Musou International. The game was ported a second time in 2008 and released on the PS2 in Japan under the name Gundam Musou Special.

As a spin-off, many of the basic concepts of its parent series are present, as the game focuses on pitting the player against hundreds of enemies to cut down while achieving mission objectives and fighting bosses, but with some Gundam-themed twists, such as allowing pilots and mobile suits to level up independently of one another.

Official Mode features characters taken from the first three Gundam television series, Mobile Suit Gundam, Z Gundam, and ZZ Gundam, and recounts major battles that took place during the Gundam Universal Century timeline. Only six playable characters are available in this mode. The protagonists Amuro Ray, Kamille Bidan, and Judau Ashta are available from the start, while the characters Char Aznable, Paptimus Scirocco, and Haman Karn must be unlocked.

An original crossover storyline that features all of the playable characters from Official Mode and a select few characters from non-Universal Century universe Gundam series. Some characters that appeared in Official Mode as NPCs are also playable. The plot concerns the characters divided into factions as they investigate a mysterious planet that has appeared and is on a collision course with Earth. When their conflicts are brought to an end, Musha Gundam is awakened and the pilots must stop it before it uses the planet to destroy Earth.

When a character's story mode is completed, the player unlocks the ability to pair that character with any available mobile suit outside of his or her "proper" mobile suit.

In both Official and Original Modes, the game begins with the player selecting a character, and then a mobile suit to pilot. When beginning the game, each pilot can only use the mobile suit normally associated with them, though completing their story modes will allow them to use any mobile suit that has been unlocked. Stats are based on a combination of the pilot's abilities and the suit's capabilities, and both pilot and mobile suit can be customized using pilot skills and mobile suit parts.

In battle, the primary goal is to achieve victory by claiming field position in order to complete mission objectives. Each battlefield contains a number of zones that are under a particular faction's control. By defeating enough enemies within an enemy controlled zone and then defeating an officer, the zone will come under the player's control. Upon completing the primary objective, the stage ends, the results are tallied, and the story advances to the next battle.

Dynasty Warriors: Gundam has a limited number of offline multiplayer modes. These include:

In Gallery mode, the player can view the various things they have collected.

Dynasty Warriors: Gundam requires 5.6GB of space to install on an Xbox 360 HDD. 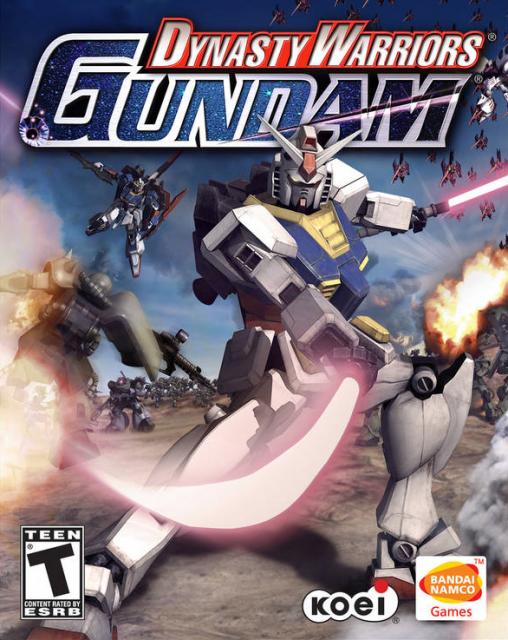