Combat Arms is free-to-play FPS created by Korean developer Nexon. The games attempts to implement themes popularized by mainstream franchises such as Call of Duty, Battlefield and Counter-Strike.

Combat Arms got its start May 30th of 2008. Nexon, the games publisher, held a closed beta through FilePlanet that ran for only one week. There were a lot of limitations in the beta such as only having 4 maps and 30 weapons. A pre-open beta was released on June 26th. It was open to the entire public, but still had work to be done until the final release. The pre-open was used to help with the final product of the game. On July 11th, 2008, the game was finally released fully to the public in its final pre-patch form. It came with 4 game modes, and 6 maps.

Combat Arms is a free-to-play online first person shooter developed and published by Nexon. Players host and join games where they battle each other in a free for all or team-based match, completing objectives to earn experience for ranks and GP to use for updating their soldier with new gear from the shop. Combat Arms features several modes, maps, weapons, and even modifications that players may purchase to customize their gear however they see fit.

Two teams face head-to-head racking up as many kills as possible.

Players face off in a free for all match.

Two teams try to capture the opposing team's flag and return it to their base while defending their own flag.

A significantly different mode from the other modes. This features lives although not per person. The team shares a certain number of lives and with each death you lose one. Once you die and your team is at 0 you cannot respawn. The mode can only be played on the two snowball stages, snow valley, and cold seed. You use default weapons given to you which are snowball launchers. Once your health goes down to one you are frozen. To kill someone you have to take out your melee weapon (they always give you the shovel) and beat them with it once to get the kill. Likewise you can thaw your teammates by hitting them.
Each save counts as a mission point. Missions are basically a counter of how many times you do a certain thing per game. On capture the flag if you make the capture you get a mission. Mission points get you more exp. Because the system is like this there is a common glitch which is used. On a 2v2 game 1 person on each team shoots the wall and freezes them self repeatedly with their ally standing behind them hitting them repeatedly. This can get you about 300-400 missions per 16 minute match. The value of a mission has not changed because Nexon expected people to save rarely. Although once you pass 255 missions the counter resets to 0, the missions stack. with 300 missions you earn 1.9k experience and the same amount of gp per match. This mode was  terminated on 3/16/09.


Mogadishu's military, the Sand Hog, is suspected of illegally supplying weapons to nearby countries and have been placed on the UAF's expulsion list. The local government has refused to take action until UAF headquarters provides concrete evidence. An infiltration team was sent in three days ago and signalled that they had obtained some vital Intel, but they failed to make it to the extraction point. They are believed to be captured or killed. Your mission is to infiltrate the mission area and gather the necessary Intel. If possible, find and rescue the infiltration team.

Unlike other missions, this mission is a cooperative based mission. Your team, of up to 8 players, plays against computer controlled enemies. Fallen enemies will drop ammunition and health packs that you can pick up. Your health and ammunition will also be replenished by reaching checkpoints within the mission. If you die, you will respawn when your teammates to advance to the next checkpoint.

This mission unfolds in multiple stages. HQ will transmit information on your mission as it is needed. These transmissions can be seen on the lower middle part of the screen. Target indicators (which look like downward facing triangles) will also show up on your HUD to guide you to your objectives. Also, your current and completed objectives are summarized on the upper left corner of the screen. Mission and objective timers are displayed in the upper middle portion of the screen underneath your score counter. Complete all of the stages before the mission timer runs out in order to win the mission.

The Fireteam Mode Sand Hog Map is divided into 4 sectors:

The physiological stress and fatigue caused by the ongoing war has left soldiers deserting in droves and showing a lack of respect for their superior officers. In a controversial step to boost mercenary morale, high ranking officers authorized development of a stamina drug using a promising new organic sample. When the final product was being prepared for mass production, the first and only surviving test subject had an abnormal and untested dosage enter their bloodstream. The cause of the accident has yet to be determined, but shortly thereafter, the local security response team sent transmissions warning of a severe physical threat and potential outbreak situation. Before the transmissions were abruptly terminated, they alluded to the remainder of the drug sample left intact in the research centre. The research centre has been shut down by the Automatic Quarantine System, and an infiltration mission by Special Forces has been called upon in order to retrieve the drug sample.

At the beginning of the game, one or more players will be randomly selected as one of the Infected.

Infected Team:   Your mission is to infect as many humans as possible. Hit a human with a melee attack in order to infect them. Infect all humans to win the mission.

Human Team:   Your mission is to survive. You survive either when the mission timer runs out or you destroy all of the Infected.

Players obtain experience by defeating opponents and completing game mode objectives. When players earn enough experience, they increase in rank. As a player's rank increase, more items from the shop are unlocked for players to purchase.

Players may purchase gear from the shop using GP earned from battle. There are five categories for which gear may be purchased for. 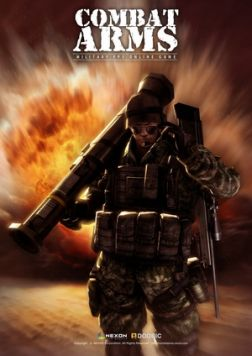