The King of Fighters '98 Ultimate Match

The package of the game includes a bonus disk that contains a trailer of The King of Fighters XII and wallpaper, and a poster.


Other features in Ultimate Match includes a 30 mission Challenge Mode, a Gallery Mode, Endless Mode, and a Color Edit Mode. The Color Edit Mode is where the player can edit the color of the character's outfits and projectiles, the player has variety of colors to choose from.

Rules of the game

The player choose a group of three characters and selects one of three Command Modes - "Advance Mode," "Extra Mode," "Ultimate Mode." The other rule during gameplay is the amount of stocks the player has. The first character has three stocks, when the characters loses and switches character, the stock increases by one - the maximum amount is five.

When the player loses in one of the single player mode, the player goes through the "Continue Service," this service is were the player option of four condition.

The game uses four buttons - Light Punch, Light Kick, Strong Punch, Strong Kick, - and other techniques can be done by performing combination's of those fours buttons.

The King of Fighters '98 Ultimate Match features a variety of techniques (some techniques are exclusive to the two of the three Command Modes), such as four ways to jump - regular jump, small jump, medium jump, and large jump. Other techniques in game that the player can use is "Blowback Attack," which is accomplished by pressing both the Strong Punch and Strong Kick button. This allows the character to do a strong attack that knocks the opponent down. The other technique in the game is "Knockdown Evasion," when the player gets knock down in the air and is about to hit the ground, the player can perform a roll and get back up very quickly. This is done by pressing the Light Punch and Light Kick button.

The player also has the Power Gauge that is use for "Super Special Move" but other techniques can be done with use of the Power Gauge such as, "Guard Cancel," what it is it's a counter move that's done by blocking the opponent's attack then using one stock of the Power Gauge and pressing Light Punch and Light Kick.

New to this version of The King of Fighters '98 is "Ultimate Mode," this feature allows the player to combines elements from Advance Mode and Extra Mode. 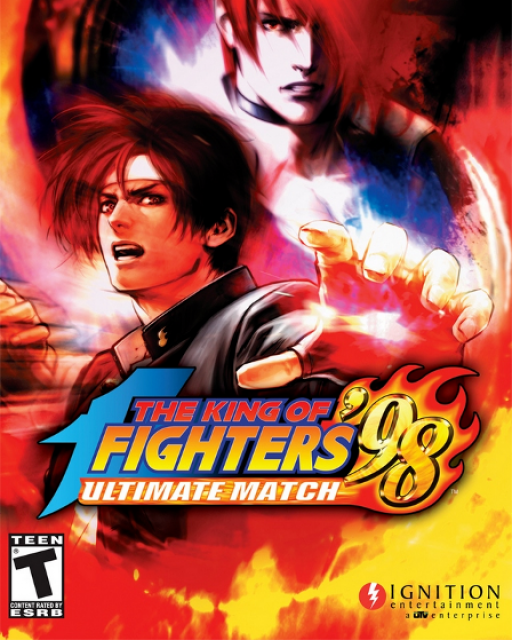