Alien Syndrome is a cooperative, top-down, run & gun shooter with aliens developed by SEGA as an arcade game in 1987. Compared to other shooters at the time, Alien Syndrome introduced a horror atmosphere in an isolated space station, along with some exploration and survival elements.

In the game the characters Ricky and Mary have to blast their way through scores of vicious aliens, release all the captives and reach the escape hatch before the time bomb explodes in 6 large levels. After succeeding in getting to the escape hatch, the player will suddenly get attacked by a terrifying end boss.

The arcade version of the game features several voice samples including "The time bomb is set," "Go to the exit," and "Your mission: Your comrades have been captured by the aliens. Destroy the enemy and rescue them."

The game has been ported to several consoles and is featured on some Sega game collections including Sonic's Ultimate Genesis Collection where the arcade version is available as an unlockable.

In 2007, Totally Games released a reimagining of the shooter with the same name for the Nintendo Wii and PSP. Alien Syndrome (2007) takes place 2 decades after the first game and introduced role-playing elements to the series. 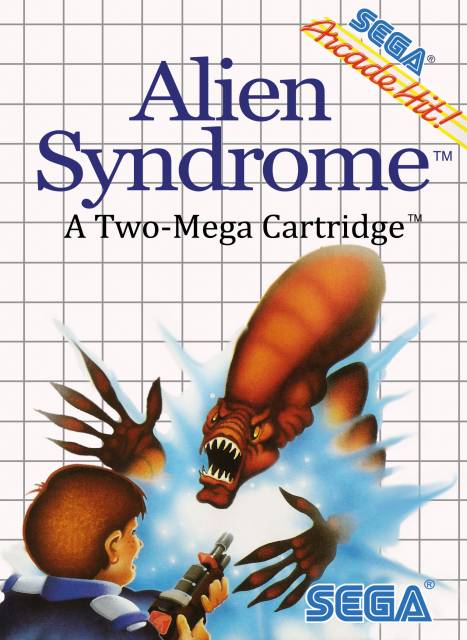