Loosely based off the novel series by Koji Suzuki. Gameplay very similar to Resident Evil.

The Ring: Terror's Realm is loosely based on the horror novel series by Koji Suzuki. Instead of the popular idea of there being a killer videotape, instead there is a killer computer program. There are, however, references to the killer videotape as well, though the central evil of the game's story is through the computer program. The premise of only being able to live for seven days after viewing the tape/using the program still exists in the game. The game opens with the main character Meg's boyfriend dying while using the program, and it's up to Meg to investigate what happened. While investigating the program [RING] on her boyfriend Robert's computer, she is warped into a nightmare reality where she is a member of a police brigade. After surviving it, she receives the well-known phone call where she is told that she has seven days to live.

The gameplay is very similar to the Resident Evil games, except The Ring is much less responsive. Unlike Resident Evil games, there is an extreme delay between your button press and your character's action. Movement sticks to the same tank control concept as Resident Evil, but is much more clunky. Turning around is much more difficult and the character's run animation is extremely jarring. When the run button is pressed, Meg doesn't gradually animate into a run, she instead just warps into a faster movement. The game allows for first-person mode if the player presses the Y button. Meg can look around in first-person mode. Like it's contemporaries such as Silent Hill and Alone in the Dark: The New Nightmare, The Ring: Terror's Realm gives Meg a flashlight that can be switched on and off with a button press. The enemies are drawn to the light.

The game's plot takes place in two different worlds. The first is the 'real' world where Meg is investigating her boyfriend's death and the mystery behind the killer program [RING]. The second world takes place with Meg as a police officer fighting against monsters.

The game is notable for its extremely subpar voice acting and character models. The characters are very rubbery looking and their mouths never match up to what the voice actors are saying. The voice actors often slip between a bad impression of an American accent and their native British accent. 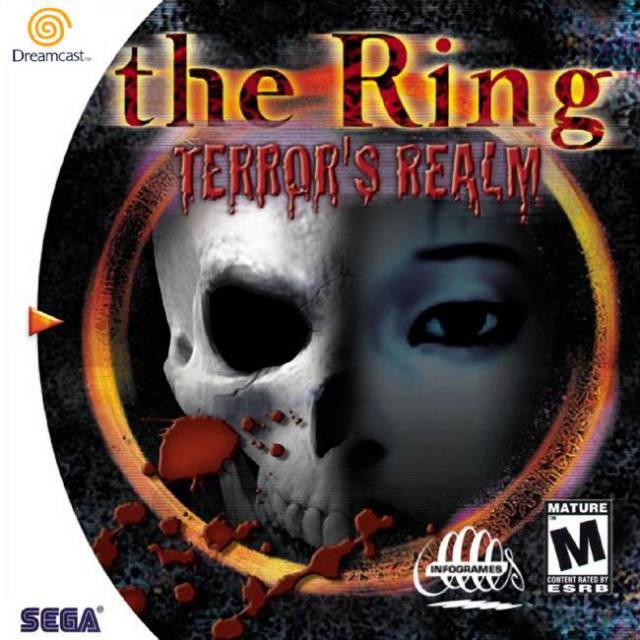