Astro Boy: Omega Factor is an action platform game for the Gameboy Advance developed by Hitmaker and co-developed by the legendary developer Treasure. The game was released on the Gameboy on August 18, 2004. The game was inspired by the most famous work of fabled anime artist Osamu Tezuka, drawing characters from the entire Astro Boy series, and crafting an entirely new story with them. The game did not sell well, but was hailed by fans and critics for fast, unique action.

Astro Boy is at its core a sidescrolling platform game, infused with a variety of other gameplay elements. Most levels will progress as typical platformers, moving from right to left on a series of stages. Each stage is littered with platformin obstacles such as electrified beams and tough jumps, which Astro navigates using his exceptional abilities to run, jump, and jet. While in the air, Astro can spin around, and jet past enemies. On the ground, this action is a dash. Each stage ends with a boss fight, and many feature mini-bosses. Astro Boy is unique in that many stages have secrets and alternate exits, which lead to different levels.

Astro can power up when he meets characters and enters them into his Omega Factor. When unlocked, the character's face will be colored in. Once they are entered, Astro will be able to upgrade one of six abilities: Life, Punch, Laser, Shots, Jet, and Sensor. Each can be upgraded 7 times. The characters that allow Astro too power up are all hidden in the games stages, and not all are easy to find or enter into the Omega Factor.

Astro will encounter innumerable enemies in the adventure, and he has an expansive repoitoire of weapons to take them out. Combat in AStro Boy is much like a traditional beat 'em up game. Astro brings devastating punches and kicks which he uses to take out enemies. Astro uses his combos to deal damage and knock enemies back. When the player pushes up B, Astro will attack with his finger beam, which will shoot all the way across the screen. Astro also brings two special attacks into battle. When his EX/Super meter is full, he can use either the Machine gun or the Arm Canon. When Astro uses the machine gun, he will spin around, sending bullets flying around the screen. The arm canon is a powered up beam cannon and Astro's most powerful attack, which sends a massive beam forward.

The game has a number of stages that go beyond the basic beat 'em up and platformer model, as well. There are a number of stages that will see the player controlling Astro as he flies in the air, with gameplay more like Gradius. In these stages, punches and kicks are disabled, and Astro will only use his finger cannon and his two special attacks. Astro progresses at a set pace to

the end of the stage. Other alternate gameplay types include a fighting-game style boss level, and a sequence where Astro will joust.

In order to complete the game, the player must do more than one playthrough. After completing the first seven levels on the initial playthrough(or first act one might call it); the player is put back at the start of the game. As the game progresses, the story events in the second act are altered from the first run. The actual gameplay, with the exception of palette swaps on certain enemies, remains the same though. Once the second playthrough has been completed, a almost puzzle like third act starts. Rather than have the player do another run through of the levels, the game gives the player the tasks of finding characters throughout the levels in the game in a non-linear fashion and talking to them to advance the story. After a certain sequence of events has been completed; the game returns to the more straight forward action gameplay and opens up the eighth and final level. 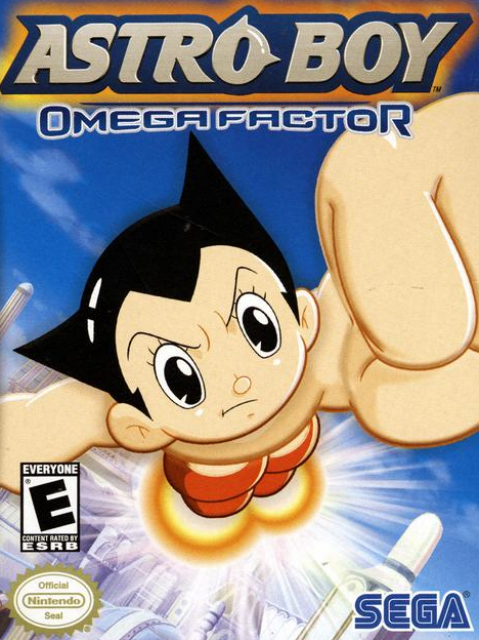