Giga Wing is a 1999 vertical shooter from Capcom; it is well-known for the incredible amount of points that a player can collect in the game.

Giga Wing is a 1999 vertical shooter originally released in the arcades on Capcom's CPS-2 system and later ported to the Sega Dreamcast for the home market. It was developed by Takumi and published by Capcom. The game is notable for the incredible amount of points that can be obtained (with the world record set at 2,954,296,261,700 on the arcade version, according to the Guinness World Records Gamer's Edition). It has been compared to Treasure's fast paced shooters as well. The game takes place during a war in a futuristic steampunk setting, and the player takes control of one of several different pilots.

Giga Wing is a fast-paced shooter. At points in the game, literally hundreds of bullets and lasers can be onscreen at one time. Because of this, the game utilizes a feature unique to Giga Wing. It is called the Reflect Force; by holding down the A button, the Reflect Force is activated. It makes all of the bullets onscreen go back towards the shooter. The power-up system is also unique. After destroying certain enemies, a P will begin bouncing around the screen. After collecting it, the weapon the player has is upgraded. Up to three can be collected, each making the lasers of the player even more powerful.

Bombs can also be collected an then shot (by using the B button). When unleashed, the bomb explodes over a radius of the entire screen, flashing lightning and fire while causing incredible damage to every enemy craft in sight. Each one of the ships starts out with two bombs, and up to seven can be collected at one time.

There are four different crafts to choose from, each having a unique shooting pattern. As power-ups are collected, the lasers upgrade in different ways. Each pilot reacts similarly to the scenarios presented in the game, however there are slight differences.

The score multiplier is very unique. When an enemy is destroyed, it drops medals of varying size and shape (Strider 2, also by Capcom, also utilizes this medal system). Each medal is worth a certain amount of points, and the points add up as a score multiplier. For example, if the player collects five medals that are worth five points each, then the score multiplier will be at twenty-six. Each medal collected after that will add to that value. The medals come in varying amounts of one, five, ten, twenty, or one-hundred.
Radiant Silvergun DonPachi Raiden II Dangun Feveron Super Star Soldier Homura 1942 1943: The Battle of Midway 1941: Counter Attack 19XX: The War Against Destiny 1944: The Loop Master Progear Mars Matrix Cyber-Core 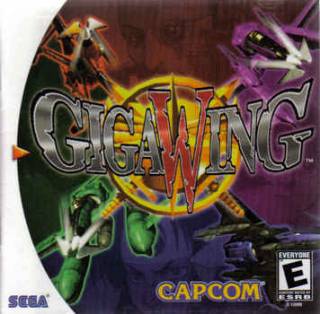