Step into the shoes of real-life Navy SEAL legend Dick Marcinko in this foul-mouthed first-person shooter from Rebellion and Bethesda Softworks.
Xbox 360 PlayStation 3

Rogue Warrior is a foul-mouthed first-person shooter developed by Rebellion for the PC, PlayStation 3, and Xbox 360. Rogue Warrior is primarily a first-person shooter, but features third-person cover mechanics and stealth gameplay as well. Richard "Demo Dick" Marcinko, the protagonist of the game, is able to silently take out enemies with one-button kills, usually involving his knife, in 25 different kill animations.

One of the things that really sets Rogue Warrior apart from similar games on the market is the game's extensive use of foul language. Of all the spoken dialogue in the game, there are only a few sentences that do not include the F-word.

Bethesda Softworks and Zombie Studios announced "Rogue Warrior: Black Razor" in fall 2006 with a release date of 2007. The game was supposed to be made with Unreal Engine 3 and feature four-player co-op, 24-man multiplayer and unpredictable maps using a unique tiling system. The game didn't meet its expected release date, and no information about the game was released by Bethesda until 2009.

In 2009, Bethesda Softworks stated that they were unhappy with the direction Zombie Studios had taken the game and that the game had been scrapped. Instead of leaving the game alone, Rebellion was chosen as the new developer. Starting fresh, Rebellion made several changes to the gameplay and story. The setting became the Soviet Union in 1986, the engine changed to a proprietary one, the co-op and tiling system ideas were scrapped, and they decided to focus more on Dick Marcinko's personality and kill-moves. The name was shortened to simply "Rogue Warrior" and Mickey Rourke was announced as the voice of Dick Marcinko.

The game starts off in North Korea in 1986. Dick Marcinko (voiced by Mickey Rourke) is sent via a helicopter to retrieve some intel on ballistic missiles. In typical 80's movies fashion, all of Dick's partners are ambushed and killed upon arrival. During the time Dick is trying to disable the missiles, North and South Korea declare war on each other which leaves Dick in the middle of a war zone. Upon escaping, he is sent to Russia to disable even more ballistic missiles the Koreans managed to smuggle out of the country. Dick's overall mission is to prevent the ballistic missiles from launching and eliminate all opposition.

The story is embellished from the autobiography of Richard Marcinko.

The game received poor reviews over all with reviews scores ranging from mediocre to very low, and currently has a Metacritic rating of 28/100. Most reviews points out the $60 price tag as the biggest flaw of the game, since its content simply isn't on par with similar games on the market.

GameZone's Natalie Romano gave the game a 2/10 and wrote:

"A very disappointing game from start to finish, Rogue Warrior is a game that brings nothing new to the genre nor does it make for a fun first-person shooter worth the money. Simply put, this isn’t just an awful shooter but it’s also a terrible game. Sorry but this is one hero we would like to leave behind."

GameSpot's Kevin VanOrd gave the game a 2/10 and wrote:

Game reviewers' scores tend to lie very close to each other when a game is either very good or very bad, with the latter seeming to be the case in this instance. 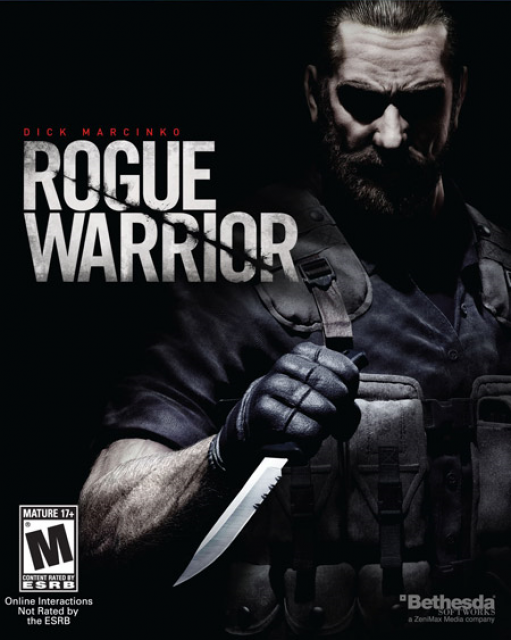