Billy Hatcher and the Giant Egg

Billy Hatcher and the Giant Egg is a platformer where you use eggs to attack enemies, jump farther, and hatch creatures to fight alongside you.

Billy Hatcher and the Giant Egg is an original title developed by Sonic Team and designed by Yuji Naka for the Nintendo Gamecube. It was also released for the PC in Europe in 2006. The game received mixed reactions, although reception was generally positive. The game puts you in control of Billy, a boy who can run, jump and use his egg rolling ability to be faster and more powerful.

Billy Hatcher and the Giant Egg takes place in a fantasy world called Morning Land, a place usually inhabited by a large population of jovial chicken-people. Unfortunately, Morning Land has been taken over by the dastardly Crows, under the leadership of the menacing Dark Raven. The Crows have become very powerful through an unknown, strange power. They have become monsters thanks to this power, and aim to engulf the world in eternal night.

The adventure begins when the unassuming Billy defends a helpless chick from the evil crows in the human world. To Billy and his friends' surprise, they transported to Morning Land, where they are endowed with their own special Chicken Suits. These magical, mystical suits grant them the power to move, use, and hatch the eggs of Morning Land. Upon their arrival, they are informed by the Chicken King that they have been tasked with rescuing the six chicken elders to save Morning Land, and to prevent the spread of darkness into the human world. Each time they saved an elder, their crow would return morning to the land over which they have jursdiction. The elders have been trapped within golden eggs, which must be hatched for Billy to free them.

The player takes control of Billy, on his quest to save the elders, Morning Land, and his home world.

Billy Hatcher's gameplay is centered on the rolling around of giant eggs. The player controls Billy, who has enhanced abilities when he is rolling these special eggs around the world. He uses the eggs for combat and mobility, and when the eggs hatch, different animals are inside, including chickens, crabs, pelicans, and Sonic the Hedgehog. Many of these animals are vital to the progress of the game. 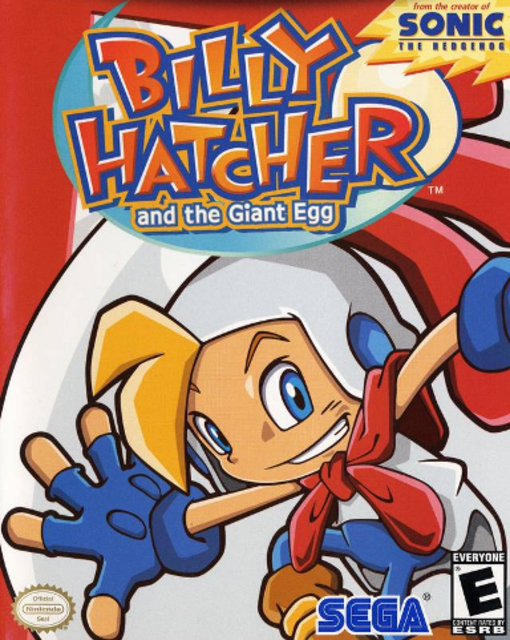