In Monster Racers, the world is inhabited by eccentric monsters whose natural instinct is to race against one another. After their initial discovery, monster racing quickly become a worldwide phenomenon. The player is put in the shoes of a young racer with dreams to defeat the seven champions of the continents and become the best monster racer in the world.

The game contains RPG elements as the player explore the cities and environments across the globe. As a racer, the player can befriend wild monsters to train, and then use them in racing competitions. The races are presented in 2D, with slight platforming elements as well as environmental factors in each race track. Items, equipments, and monster breeding are also incorporated into the game. 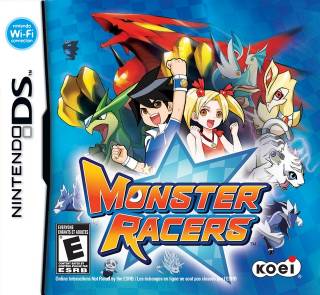