Perfect World International is the newest iteration of the multiple award-winning MMORPG known throughout the world as Perfect World II.

Perfect World was initially launched in China as a subscription-based game, Perfect World’s conversion to a free-to-play model established a level of quality not found in other free-to-play titles. Perfect World International aims to be the ultimate version of this immensely popular role-playing game. For the first time, Perfect World is being localized specially for American audiences.The closed beta was launched on August 19, 2008. The open beta launced September 2, 2008 and an expansion pack was released as early as December 3, 2008 which is also free-to-play. On December 15, 2009, another expansion added a new race, two new classes and more.

Perfect World contains a level of character customization not seen in many other Free To Play (F2P) MMORPGs or even Pay To Play MMORPGs. When you first create your character, You are able to customize most parts of the body (eyes, lips, face). These are not only customizable by picking certain face types through a menu, but You may also change these through sliders that let you change each part individually.

The Human’s home city is Etherblade. The two classes you can choose between as a Human are Blademaster and Wizard.

Untamed are creatures that have developed a consciousness. Their home city is City of the Lost and their Classes are Barbarian and Venomancer. Normally one can choose a gender despite the classes, but with the Untamed each class has a set gender. The Barbarian is male, while the Venomancer is female. Even though the gender is set, you can still customize your character a lot.

The Winged Elves live in Plume City. The two classes are Archer and Cleric. Winged Elves is the only race that has the ability to fly from the start.

The Blademaster uses swords, hammers, spears and the like. He specializes in melee so he has high physical attack, but he has low magical defence.

The Wizard uses long range elemental spells to attack. The wizard has the highest skill damage, but the spell has a long cast time.

The Archer attacks using a bow and arrow. Being a ranged specialist, he has low physical defence.

The Cleric is the healer in Perfect World. It is the best class for those who like to play with others in a party.
EverQuest II Silkroad Online The Lord of the Rings Online: Shadows of Angmar Guild Wars Guild Wars: Nightfall Guild Wars: Eye of the North Last Chaos Final Fantasy XI Online Age of Conan: Hyborian Adventures Anarchy Online Anarchy Online: Alien Invasion Anarchy Online: The Notum Wars Ultima Online Warhammer Online: Age of Reckoning Ether Saga Online Runes of Magic 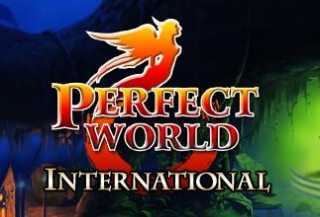