Saw is a survival horror video game based on the popular movie franchise of the same name in which players will encounter familiar characters and solve puzzles to progress. Developed by Zombie Studios and published by Konami, the game runs on the Unreal Engine 3.
Xbox 360 PlayStation 3

SAW is the first video game based on the Saw franchise. It was released on Xbox 360, Playstation 3 and PC in October 2009 to coincide with the movie release of Saw VI. SAW was originally developed by Brash Entertainment, but when Brash ceased operations, Konami picked up the publishing rights. The development duties were handed over to Zombie Inc.

The story of SAW takes place between the first two films of the franchise and revolves around Detective David Tapp (the character portrayed by Danny Glover in the first SAW film) and his kidnapping by " The Jigsaw Killer". Tapp is awakened in The Asylum and has no choice but to work his way through several of Jigsaw's traps containing people who are in some way connected to Tapp. It has been said by the developer that Tapp will encounter many people throughout the asylum, some of which will be friendly and try to help the detective, and some who might attempt to kill him.

SAW runs on Epic's Unreal Engine 3. The game tries to capture the essence and feel of a new SAW movie, rather than just being a game based on a previous story. The developers have mined the films for ideas and have come back with a plethora of ideas, and the game is essentially divided into two sections that revolve around those ideas.

The first part of the game is the exploration. The game takes place in a slightly-open asylum, and as Detective Tapp, the player must run around, finding their way between goals, avoiding deadly traps along the way. Traps include things like shotgun traps, which result in instant death, and rooms filled with gas or explosives that the player must solve a puzzle to escape. Puzzle solving plays a large part in the game when it comes to unlocking doors. Doors feature a variety of puzzles, such as a gear-placing task and a tumbler-matching puzzle, which must be solved for the door to be opened. Gears aren't unlimited, and must be found in events, such as sticking your hand into a toilet filled with syringes to fish one out for later use.

In addition, detective Tapp has been fitted with a collar that is covered in shotgun shells. When he gets to close to someone else who has a similar collar on, he must kill them or else both of them will die. The combat in Saw is rather basic. It's possible to use such weapons as mannequin arms, lamps, baseball bats, syringes and scalpels to take down enemies, and even to take them down with a single hit. However, weapons have life to them and can break from overuse. Fighting itself is a bit slow and clunky, and if you get hit, you may be unable to recover as the enemy continues to beat you, which may result in some rather frustrating deaths. Combat doesn't play a heavy part in the gameplay, and finding other victims of Jigsaw is a bit rare. Even when they are found, they tend to be defeated rather quickly, simply acting as slight problems rather than full danger.

The second part of the game is the death traps that Jigsaw is so known for. The game essentially breaks it up to where the detective must save each person from an elaborate contraption by solving another puzzle. The puzzles themselves are strangely simple and none too grisly, though failing them will result in a gory and outrageous death for the person involved. Essentially the game's boss battles, these are important in terms of the games story, as well as advancing the plot and allowing the detective entry into new areas.

Accessed from the menu screen, a variety of extra features are available. These features can be viewed at any time and does not require unlocking. 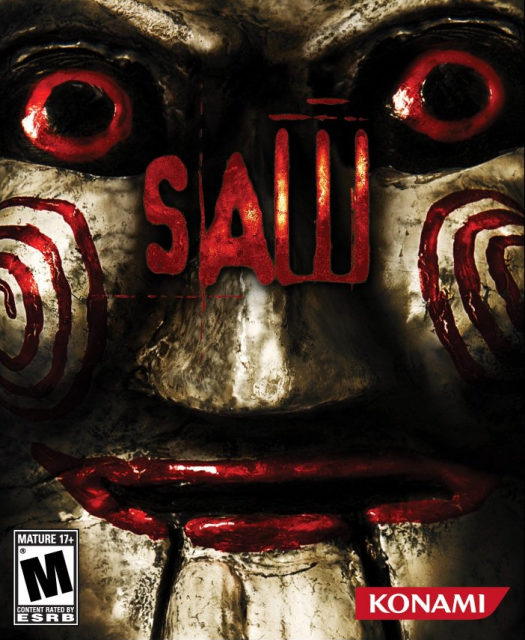