You might think it's a generic fantasy action-adventure game by the cover, but it's actually an elaborate advergame for Skittles candies.

Darkened Skye is a third-person fantasy action-adventure advergame developed by Boston Animation and published by Simon & Schuster for the PC in North America on January 27, 2002. It was later released for the GameCube in North America on November 16, 2002, the GameCube in Europe by TDK on May 30, 2003, and the PC in Europe by Oxygen on July 11, 2003.

Players take on the role of Skye of Lynlora, a young woman in a bleak fantasy world who stumbles upon a magical staff and must travel through different worlds to restore their bright colors from the dark lord Necroth. While the game initially shows no ties to advertising of any sort, it is quickly revealed in-game that it is a tie-in to Skittles-brand fruit-flavored candies, as players collect different-colored candies to perform numerous spells. 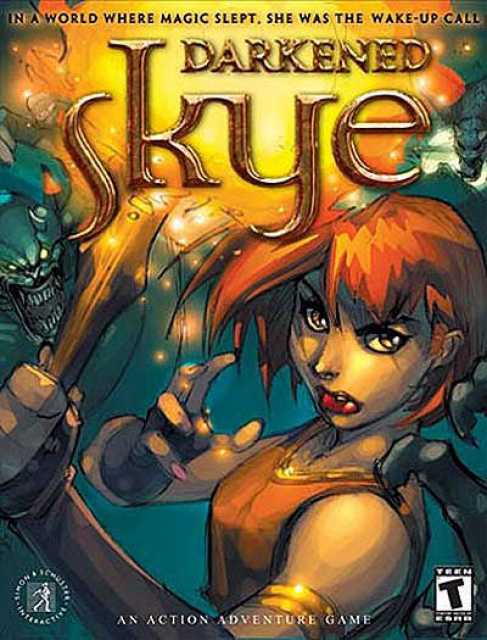