A 3D platformer for the Wii, developed over a period of about 10 years, during which many different companies contributed to some extent. The central mechanic is the ability to switch between three characters with different abilities.

The Kore Gang is a 3D action platformer, starring three different characters--Pixie, Rex, and Madboy--all stuck inside the same robot body. They are out to stop the evil Krank Brothers, evil rulers from a civilization at the center of the Earth who now want to take over the planet's surface. Players can switch between Pixie, Rex, and Madboy to use their individual abilities and complete the levels.

The game was originally developed for the original Xbox, but was in development for so long that it was ported to the Wii. 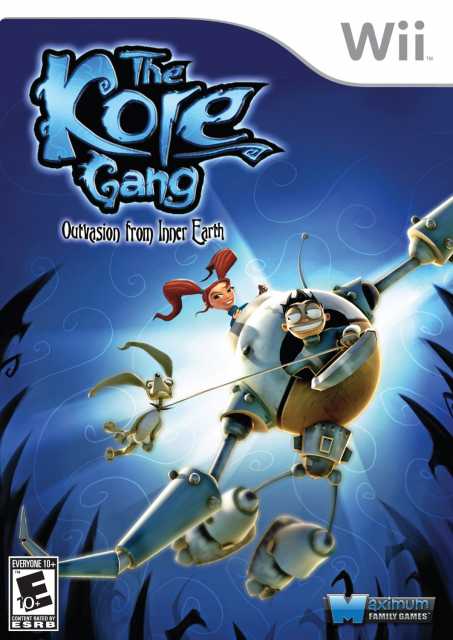