A 2D platforming action-adventure developed by D-pad Studios for PC.

Owlboy is an action-adventure platformer that follows Otus, a hybrid between a boy and an owl, on his quest to protect his village from sky pirates. The game was created by the Norwegian developer D-pad Studio and was famous for its highly detailed pixel artwork. A demo for Owlboy was released in 2011 with plans for the game to be released for Xbox Live Arcade and PC during the same year. However Owlboy was delayed numerous times and D-pad Studios stated that the 2011 demo no longer reflected the final game. Owlboy was eventually released for the PC on November 1, 2016 and there are plans to port the game to consoles in 2018, that includes the Nintendo Switch, PlayStation 4 and Xbox One. 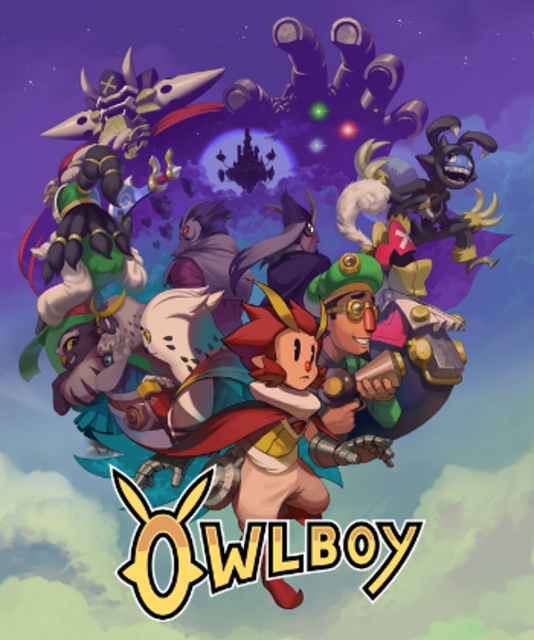