Cyber Troopers Virtual-On Force is the third Virtual-On game, notable for featuring 4-player battles. It is not known to have had any official release outside of Japan.
Xbox 360

The game was first released for the Sega Hikaru arcade system in 2001. However, due to the advanced Phong Shading techniques used by the Sega Hikaru, a home port was not possible at the time. It was not until 2010 that the game was ported to the Xbox 360 console in 2010.

The game is region free and can be played on any Xbox 360 console. 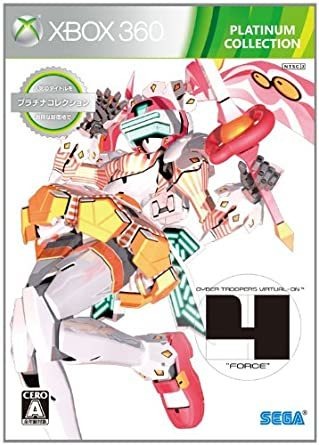