In this world, beasts have enslaved the humans, and some think that the only way to save the world is to destroy it.
Nintendo DS

Known as World Destruction: Michibikareshi Ishi in Japan, Sands of Destruction is a role-playing game made by the Japanese developer Imageepoch for the Nintendo DS.  The game was published by Sega and released in Japan on September 25, 2008. The development team consisted of important members of the Etrian Odyssey and Xenogears teams. The game was released in North America on January 12, 2010.

On a world almost completely covered in sand, the human race has been enslaved by beasts called Ferals. Morte and the World Annihilation Front think that they need to destroy the world to save humanity. The player takes control of Kyrie, a kind cook working at his uncle's pub. Eventually, Kyrie is invited to the Feral lord's manor and quickly arrested. Kyrie tries to escape but is quickly subdued by the guards. All of the sudden, a amazing power grows inside him. It unleashes and destroys the guards, the Feral Lord, and the manor. Exhausted, Kryrie is quickly captured.  After a stint at the prison, Kyrie is freed by Morte. They both escape and start the story for real. Kyrie wanting to find out what his power is and Morte wanting to destroy the world.

Battles happen outside of the regular map and are traditional random encounter and turn-based fights. Once a battle begins, each face button is a different attack. X and Y for attacks, B for defense, and A for skills and items. The battles make use of both screens of the DS. Some bosses will take up part of both the screens.
Combat includes 10 categories of standard attacks. This attacks are also grouped in Rush and Blow attacks. Rush attacks are less powerfulbut have more  hits per combo and Blow attacks are more powerful. Some attacks will knock ground enemies up into the air or knock air enemies down. Later on, there will be multi-character team-up attacks (think Chrono Trigger).

Quips are certain phrases that give various benefits to your characters. Each character can equip four quips ( out of  20 per individual). Each quip is fully voiced.  Effects include: more experience points, boosting defense, and escaping easier.

Soundtrack is composed by the famed Chrono Trigger composer Yasunori Mitsuda's Procyon Studios. Twenty of the fifty tracks were composed by Mitsuda himself.  The Czech Philharmonic Orchestra performed the game's main theme. Mitsuda rewriting the soundtrack for the North American release of the game.

In Japan, World Destruction Premium Soundtrack, a promotional album, came with the the game when preordered. It consists of five songs performed by the Czech Philharmonic Orchestra.

An anime adaptation of the game began in July of 2008 and ended in September of the same year. The run of the series was a single season with thirteen episodes in all.  A manga adaptation of the game, started in July of 2008, is still running in the seinen magaizine Dengeki Maoh.
Dragon Quest IV: Chapters of the Chosen Dragon Quest V: Hand of the Heavenly Bride Dragon Quest VI: Realms of Revelation The Wizard of Oz: Beyond The Yellow Brick Road Final Fantasy III 7th Dragon Black Sigil: Blade of the Exiled Suikoden Tierkreis Dragon Quest IX: Sentinels of the Starry Skies Dragon Ball Z: Attack of the Saiyans Golden Sun: Dark Dawn Nostalgia Glory of Heracles Final Fantasy: The 4 Heroes of Light Final Fantasy Legend II Summon Night X: Tears Crown Ni no Kuni: Shikkoku no Madoshi Xenogears Metal Max 3 Magician’s Quest: Mysterious Times 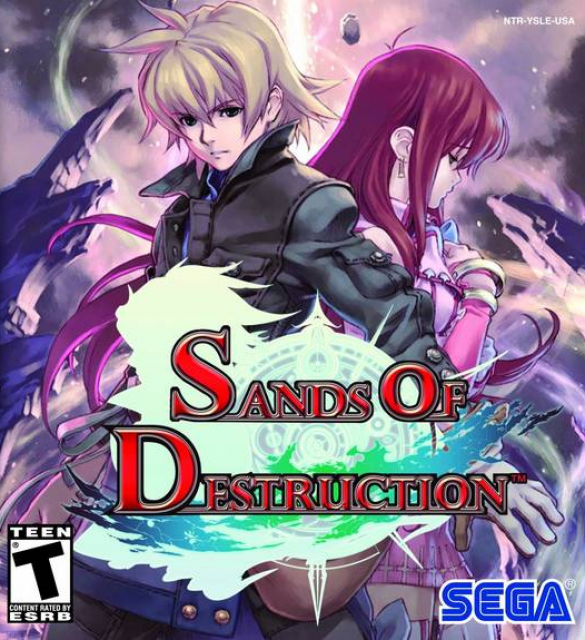