Tokobot Plus: Mysteries of the Karakuri

Tokobot Plus: Mysteries of the Karakuri is an enhanced version of the puzzle-heavy PSP platformer, which stars Bolt, a young boy who dreams of becoming a Treasure Master one day.
PlayStation 2

Bolt is an apprentice Treasure Master working at Mr. Canewood's laboratory. With the help of mysterious Tokobots, he will explore many prehistoric ruins to find ancient relics that will put him one step further on his path to be a Treasure Master and find his father. However, he will also change his destiny in other ways.

With the press of a button, Bolt can put his collection of Tokobots into special formations. Each has its uses both within combat and for platforming purposes.

A young boy who dreams of becoming a Treasure Master. His father is a legendary Treasure Master, but was always off exploring ruins and never got to spend any time with his son. With the Tokobots and his childhood friend Ruby, Bolt plans to become a Treasure Master and reunite with his father. He is voiced by Christina Pucelli.

Not much is first known about these strange robots Bolt accidentally discovers within a prehistoric ruin. They are quirky and seem to share a hive mindset, forming ladders and attacking all at once to defeat a specific enemy. Bolt came up with their namesake based on their small, adorable appearance.

Minister of the kingdom, as well as the man (robot?) responsible for bringing Bolt and the Tokobots together. He created Canewood's Lab to research ancient civilization from the clues found in ruins. He is both very knowledgeable and absentminded, making it difficult to determine how serious he is about his life's work. He is voiced by Barry Dennen.

Bolt's childhood friend and the communications operator at Canewood's Lab. Via a transceiver, Ruby is able to give Bolt advice and updates when he's exploring ruins. Can be a bit spacey. She is voiced by Kari Wahlgren.

Chief of the Analysis Room in Canewood's Lab, which is the place to go for upgrades to the Tokobots. She can also appraise unknown items Bolt finds in the ruins and exchange them for rewards. She is voiced by Tara Platt.

Used to be a commander in the army, but is now an instructor at Canewood's Lab for young Treasure Masters. Gives out mission advice for Bolt. He is voiced by Michael Benyaer.

A young boy who is hostile to Bolt. 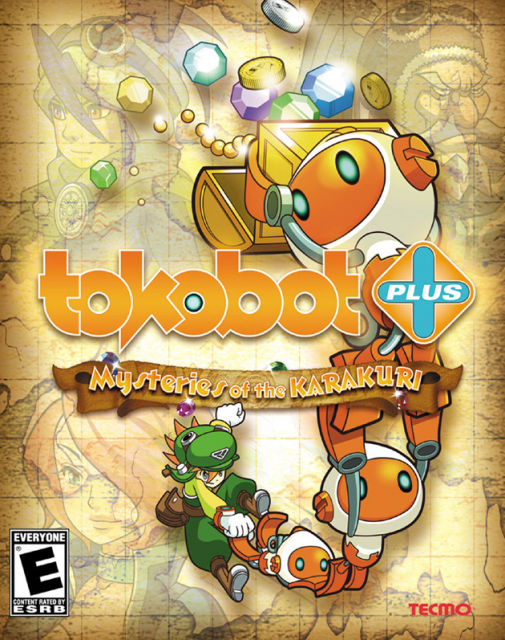