Defend your kingdom and rise to glory in this fantasy-themed real-time strategy game from Seed Studios. "Gather your armies and fight!"
PlayStation Network (PS3)

Under Siege is a PlayStation Network exclusive Real-Time Strategy title that will feature a single player campaign, and also multiplayer via online and co-op. There is also a level editor which allows to make and share maps, it being said that the campaign itself was made with said editor. Other features included are:

Although a PSN release given the scale of this game it has been confirmed to have a full set of Trophies with a Platinum and all rather than a smaller number like most PSN releases.

Of all the races in this world, humans are the only to have evolved to live in the cold and harsh mountains of the North. Settled in various places where the land is fertile enough to farm, they live both isolated from the rest of the world and each other. Different settlements limited themselves in interaction to trading and the occasional hunting party in the winter, whenever farming would no longer suffice to maintain each village. Each village trained a small number of individuals from each generation, usually trained by their fathers, the warriors of the previous one. These men were trained to keep frequent attacks by wild beasts and plunderers.

A day came when a blacksmith's son, named Ingvar, decided to unify the humans under a single banner. A great warrior, with a charismatic personality, he managed to convince the neighboring villages into building a fortified city, a place of peace, protected by a group of soldiers.

And so, the Citadel was born.

For the years that followed, more joined under Ingvar. With a promise of protection and prosperity, an exodus from far settlements to the Citadel occurred. But Ingvar’s view of the world changed, cutting off commerce with the outsiders reasoning they were bad influences on the people of the Citadel, and were conspiring to bring it down. Declaring villages that remained independent of the Citadel were enemies, he ordered an attack . Voicing an opinion against its rule or trying to leave the Citadel meant being swiftly dealt with.

"The growth of the kingdom continued on blood and ashes..."

Prior to the game's release, a comic book titled First Encounter was released. It sets up the story for Under Siege.

The Allied Forces of Under Siege include the following units.

In the enemy ranks you'll find these units: 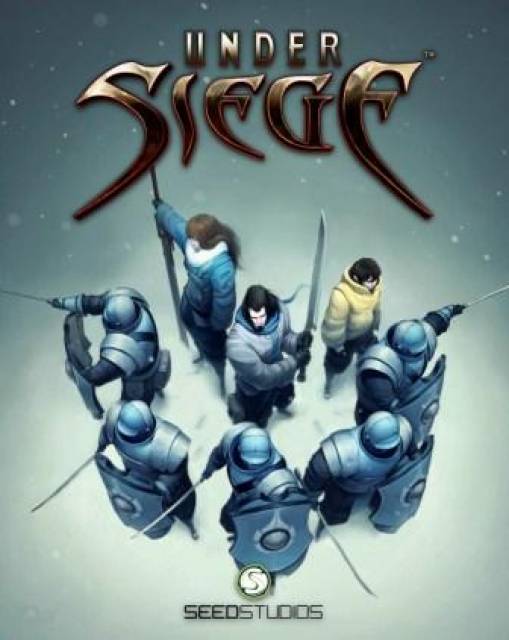