A horizontal shoot 'em up and the sequel to the original Darius. Known in Japan as Darius II, it was released in North America under the name Sagaia.

Sagaia (JP: Darius II) is a horizontal shoot 'em up and the sequel to Darius, set hundreds of years later. After defeating the Belsar Army of space pirates with piscine-based craft, the two protagonists Proco and Tiat establish a new colony named Olga while the planet of Darius recovers. Centuries of peace reign on Olga until the Belsar appear once again, forcing Proco and Tiat's descendants to take to the skies and defend their homeworld.

Darius II was originally released in arcades in Japan before being ported to the Sega Mega Drive and Genesis. It was released in North America as Sagaia, which was also the name used for the subsequent Master System and Game Boy ports. The game was remade for the PC Engine CD-ROM (as Super Darius II) and remastered for Sega Saturn. The original arcade version is also present in Taito's Taito Memories compilation series for PlayStation 2, though only in Japan. 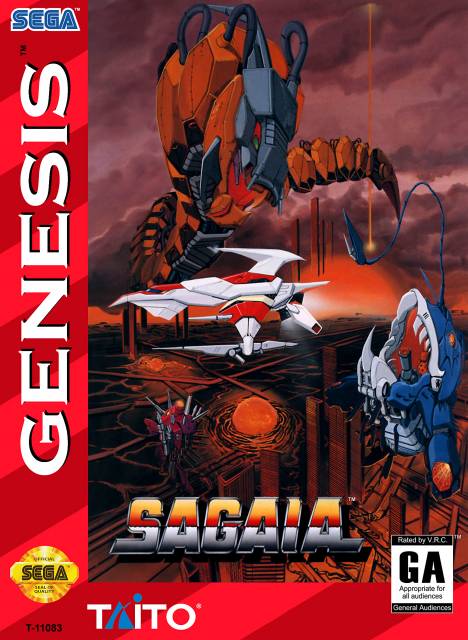