Return to the roots of Contra in this deliberately-retro re-imagining of the Contra series for the Wii.
Wii Shop

Contra ReBirth is a 2D sci-fi fantasy action platformer developed by M2 and published digitally by Konami for the Wii in Japan on May 12, 2009, in Europe on September 4, 2009, and in North America on September 7, 2009.

The second in Konami's ReBirth trilogy (between Gradius ReBirth and Castlevania: The Adventure ReBirth), Contra ReBirth is a deliberately-retro re-imagining of the Contra series, combining classic gameplay mechanics from earlier games in the series while including synthesized rearrangements of the series' musical tracks.

The game' story is set in 1973, where the Neo-Salamander Force (led by the mysterious Chief Salamander) traveled back in time from the year 2633 to take out the original Contra force. Players reprise the role of either Bill Rizer or Genbei Yagyu, two members of the four-man Contra squad circa 2633 (along with small android BR-W9 and Reptilian alien recruit Plissken), as they also travel back in time to stop Neo-Salamander. Both BR-W9 and Plissken are playable as unlockables.

As of January 30, 2019, the game can no longer be acquired due to the closure of the Wii Shop Channel.

With the exception of the ending theme, all of the soundtrack in Contra ReBirth is re-arranged from older Contra games. Each track is rendered in a synthesized fashion similar to older Konami arcade games.

The game later received a CD soundtrack on March 24, 2010, released exclusively on Konami's "Konami Style" website. Titled Dracula Densetsu ReBirth & Contra ReBirth Original Soundtrack, it includes the complete soundtracks for this game and Castlevania: The Adventure ReBirth, as well as a medley containing two unused arranged tracks (the Stage 1 theme from Contra Force and the ending theme from Operation C). 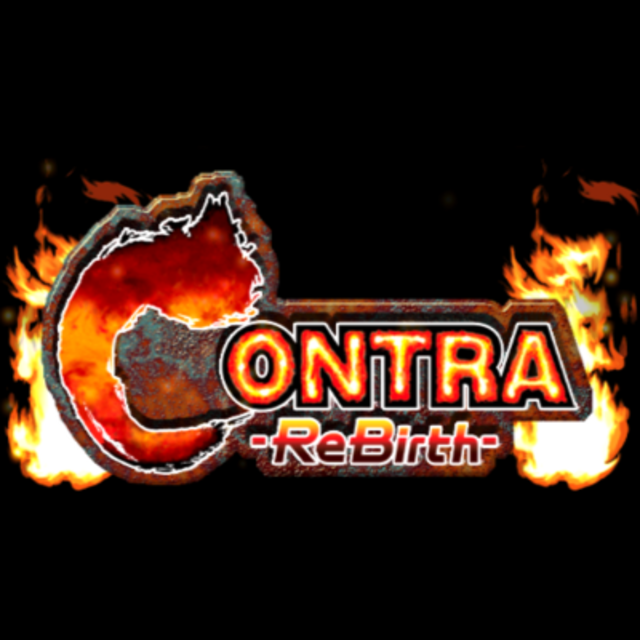