Persona 3 Portable is an enhanced port of Persona 3 for PSP. New features include an additional female protagonist as well as certain gameplay adjustments introduced in Persona 4.
PlayStation Portable

Shin Megami Tensei: Persona 3 Portable is the second revision of Persona 3.  Released for the PSP, the game retells the story of the Specialized Extracurricular Execution Squad, or SEES, the group of Persona-using high school students investigating the mystery behind the Dark Hour and Tartarus. The game was originally released in Japan on November 1, 2009, followed by North America on July 6, 2010. Both releases saw release as a UMD and as a download on the PlayStation Network.

Persona 3 Portable features a number of significant changes that distinguish it from its previous incarnations, the original Persona 3 and Persona 3 FES. Some of these changes were made due in part to the limitations of the PSP and the UMD format. The most discernible and important difference is that all areas except the dungeon Tartarus are now drawn in 2D. A cursor is used to scroll around areas, click on characters to talk to them and navigate to other areas.

Additionally, the presentation of cutscenes that were animated using the game engine and character models in previous versions have been replaced with character portraits on top of a static pre-rendered background. The animated FMV scenes from previous releases have also been replaced. The game instead presents these cutscenes using the in-game character models and assets; however, unlike scenes that used the in-game graphics in previous releases, these cutscenes are depicted using more dynamic camera angles and there are no dialogue boxes.

The Answer, the epilogue to the main story created for FES, is not included in P3P. Other additions from FES remain, however, such as additional quests, costumes, and the weapon synthesis system.

The combat system in Persona 3 Portable is very similar to the way it appeared in previous incarnations of the game. However, the player is now allowed to have full control over the party's combat actions, as was the case in Persona 4. Also, as in Persona 4, characters are able to guard against attacks, replacing the more basic "Stand By" command, and party members can jump in and take the damage from an attack targeting the protagonist that would have otherwise been fatal. Follow-up attacks are also carried over from Persona 4, allowing a character to get in a free critical strike after an enemy Shadow has been knocked prone.

Additionally, Mitsuru's main weapon has been given her own category. She uses rapiers to accommodate the male protagonist's switch to her previous weapon type, streamlining weapon choice in the same way as Persona 4.

Several changes to the dungeon exploration in Tartarus have also been made. Additional traps and hazards have been placed on the floors to provide more challenge. HP and SP are no longer recovered upon returning to the lobby—instead, they may be restored at the lobby save point for a price.  Persona 3's fatigue system has also been redone. Rather than become tired in the dungeon, party members will now become exhausted upon leaving Tartarus or returning to the lobby without being revived. Finally, players may now return to the beginning of the last floor they explored, as in Persona 4, rather than being limited to the two-way teleporters.

The Hall of Doors, originally a separate dungeon specific to The Answer in Persona 3 FES, is now accessible in Tartarus as an optional area. The Hall contains more powerful versions of the main game's bosses, as well as other optional foes. It can be accessed from the lobby inside the entrance in January.

At times during the game, citizens of Tatsumi Port Island go missing and are taken into Tartarus. When this happens, the player may search for them within Tartarus and come to their rescue. Characters that become trapped in Tartarus must be rescued before the next full moon, or they will die. Some Social Link characters are among those that can go missing.

Raising Persona up to a certain level will now result in the player gaining a Skill Card. Using a Skill Card will teach its associated skill to any Persona. Additionally, Skill Cards may be duplicated at the Naganaki Shrine over a period of five days.

Another feature introduced in Persona 4, Persona 3 Portable now gives the player character the option of engaging in various part-time jobs. Part-time work pays the protagonist a sum of yen and helps boost personality traits (i.e.: Academics, Courage, and Charm). However, unlike Persona 4, no Social Links are associated with the part-time jobs.

Persona 3 Portable starts off with the player allowed to choose the gender of the main character.  The original main character appears as the male option. The game's story and Social Links remain largely the same as they were for the boy's side of the game as they were in previous versions, with some new twists and alterations.

The all-new girl's side features a new Female Protagonist with her own story route and events. Aesthetically, when playing as the girl, the game's menus are displayed in more feminine colors and patterns, as opposed to the predominantly blue color scheme of the boy's side. The girl's side also includes a number of new characters that do not appear in the boy's side. One such character is Theodore, a male Velvet Room attendant who may be selected in lieu of Elizabeth.

The female protagonist's Social Links are also largely different. The male members of SEES are now viable Social Link options, and certain NPC Social Link characters like Kenji Tomochika have been replaced with new female characters to interact with.

The following Social Links have been added for the Female Protagonist:


The replaced characters have no Social Links with the Female Protagonist, but many of them still make appearances in the game.

Here is a side-by-side comparison of the Social Links available for the Male and Female Protagonists in Persona 3 Portable:

*  In the male main character's side, the player is required to max out specific personality traits in order to begin the Social Links with Yukari (Charm), Fuuka (Courage), and Mitsuru (Academics). In the girl's side, Fuuka and Yukari's Social Links can be started without the need to increase personality traits.  However, Mitsuru still requires six ranks of Academics before her Social Link can start.

Other additions and changes

Certain events in Persona 3 Portable have been changed or added to make way for the inclusion of Persona 4 character cameos. Persona 4 high school teacher Ms. Kashiwagi appears in the male protagonist's side during the beach vacation scenes (Operation: Babe Hunt specifically); meanwhile, during the sports festival, the Female Protagonist visits Inaba, where she and her fellow athletes stay at the Amagi Inn and are guided around town by a younger Yukiko Amagi.

Shoji Meguro has once again composed new music for Persona 3, collected in the Persona 3 Portable Original Soundtrack. Released on November 25, 2009 by Aniplex, it contains the new opening song "Soul Phrase" as well as the additional music composed for the Female Protagonist. 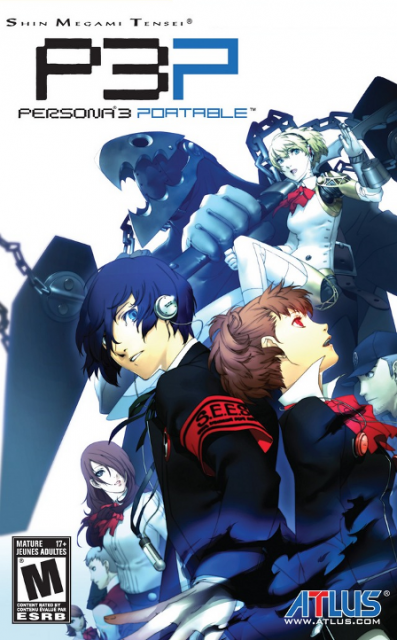