Eight national teams compete in the violent future sport of Powerball, which combines elements of American football, soccer and rugby.

Powerball (JP: Wrestleball) is a sports game that features the fictional sport of Powerball, a more violent and chaotic version of regular sports like football and soccer. The action is depicted from a top-down perspective, similar to other future combat sports games like Bill Laimbeer's Combat Basketball and Speedball. It was developed exclusively for the Sega Genesis/Mega Drive system by Namco, and would later be released on the Wii Shop Virtual Console. It can also be found in the Namco Anthology Vol. 1 compilation, which focused on games Namco developed for consoles.

The goal is to get the ball to the opponent's side of the field by any means possible, with the offense using a combination of kicks and passes to move the ball forward while the defense tries to take down with vicious tackles and wrestling moves. 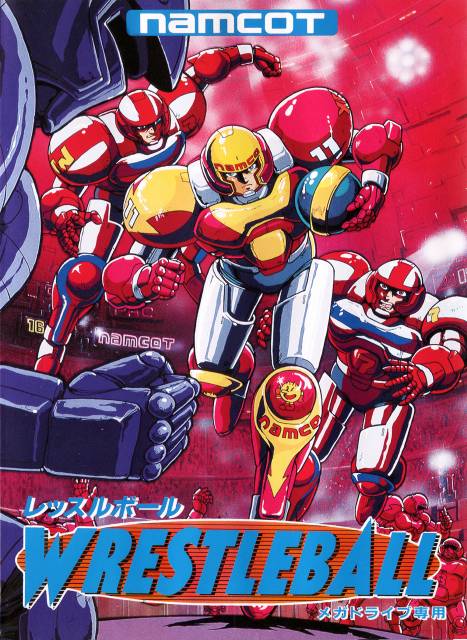