The fourth main installment of the R-Type series, bringing the shoot-'em-up series into 3D while adding multiple ships to choose from and a superweapon system known as the "Delta Weapon".

R-Type Delta (sometimes stylized as R-Type Δ) is a 2.5D sci-fi side-scrolling shoot-'em-up developed and published by Irem for the Sony PlayStation in Japan on November 19, 1998. It was later released in North America (by Agetec on July 31, 1999) and Europe (by SCEE sometime in 1999).

The fourth main installment of the R-Type series, R-Type Delta brings the series into full 3D (albeit in a 2D perspective). It also features some new gameplay mechanics, including multiple ship types (each with their own unique weaponry and Force), controllable ship movement speeds (replacing the Speed-Up item system), and the "Delta Weapon" system (in which the ship's Force builds up a "Dose" charge by coming into contact with enemies and enemy projectiles, which can be used to perform a powerful).

The game was later digitally re-released by Irem as a PSOne Classics title on supporting platforms in both Japan (on February 22, 2007) and North America (on May 7, 2009).

The game features three different starfighters to choose from, each with their own weaponry and Force type. A fourth playable ship, based on the series' traditional POW Armor enemy, is unlockable.

Unlocked either by completing the game on Normal or Hard difficulty, or by playing the game 100 times.

New to the series is the Delta Weapon system, where players have a "Dose" gauge that gradually builds up when their Force comes into contact with both enemies and enemy projectiles. Once the meter reaches its maximum, the Force is brought into a temporary "Overdose" state. While in Overdose, players can earn additional score by further colliding enemies and enemy projectiles with their Force.

Using a new dedicated button while Overdose is in effect, players activate a new screen-clearing attack, known as the "Delta Weapon". This attack not only deals great damage, but clears all enemy projectiles on the screen.

There are a total of seven stages in R-Type Delta, numbered in the game as 1st Contact, 2nd Contact, etc.

An unnamed Asian city, likely Japanese. One of the mid-bosses for this stage appears almost immediately, but its laser fires only in a straight line, making it not that great a threat.

A flooded energy reactor. This stage crawls with organic types of Bydo. The background music changes when the player submerges in or surfaces from the water.

A military base in the snow-capped mountains. In this level, rather than a giant space ship, the enormous four-legged Geitz chases from behind. The player has to fly through the space between its legs and finally assault the core at its top.

Set in the space fortress Aegis in orbit of planet earth, this stage scrolls upward. In the latter half of the stage, the player has to navigate a maze of moving pillars. Also, inside the boss, Q.T. Cat, is the first generation R-9.

The interior of some mysterious organism. Throughout the stage, enemies from earlier se ries appear, and bosses from the original appear in succession. Later in the level, the player faces a difficult battle inside a spinning pipe. All sections of the stage are based on the original game.

The headquarters of the R-fighter development project has suffered a fiece Bydo attack. Half-way through the level, the player's skills are again challenged as a Nozari creeps up from behind and other enemies rain down from above. The bosses included the infested R-9 and a resurrected Dobkeratops.

An alternate dimension created by the Bydo Core. Human architecture and genetics are the theme of this stage. Once the membrane of the Bydo Core is destroyed, the Core steals the player's Force device, however it can be defeated using the Delta Weapon. Part of this stage makes another appearance as a hidden level in R-Type Final. 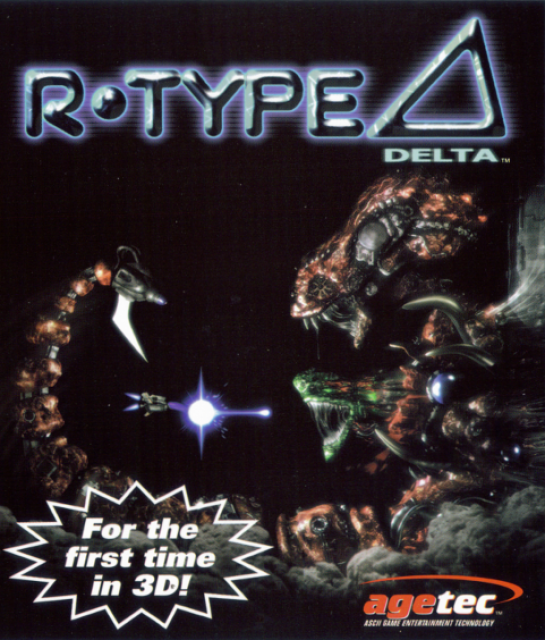