A first-person shooter game for the PSN, XBLA, and PC from the team behind Saw and America's Army.
Xbox 360 Games Store PlayStation Network (PS3)

Blacklight: Tango Down is a downloadable first-person shooter game developed for the Playstation 3, Xbox 360, and PC by Zombie Inc. In this military shooter set 25 years in the future, you play as members of an elite covert ops team with the option of switching between characters that are given the task of either capturing or eliminating a former American Colonel of the Central Intelligence Agency who has gone rogue.

The gameplay is similar to that of Call of Duty 4, where customization is king. You can customize everything from your personal appearance (armor and armor color) to your weapons. The basic five weapons include: SMG, Assault Rifle, Shotgun, Sniper Rifle, Light Machine Gun. These then breakdown with further customization options, including stocks, magazines, muzzle breaks, barrels, color, grips and (unique to Blacklight) trinkets that hang off your gun, but give you boosts to one of the core three stats. All of the weapons are based around those used by soldiers since the 1960's and are grounded in reality.

The game features an interesting tool known as the Hyper Reality Visor. Using this device, players will be able to see all other players on the map including seeing them through walls.

The game features 12 maps, and 7 game modes, including Deathmatch, Team Deathmatch, Domination and Capture the Flag variants. The PSN version has an additional exclusive map called ‘Crossover,' which is set in the financial district right as it transforms into a war zone.

In addition to the competitive multiplayer aspect, the game will also include missions intended for 2-4 player co-op. These missions are very straightforward and include little to no story. The mission types include moving objects from one side of the map to another or just escaping from hordes of enemies on the map. These missions can be played single-player as well. The game will award bonuses for playing in co-op however, and all the experience points you earn in co-op will be directly added to your competitive multiplayer total. 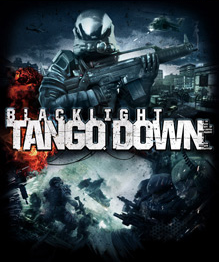