From the publishers of ARMA, Naval Assault: The Killing Tide is an Xbox 360 exclusive submarine simulator created by Artech Studios.
Xbox 360

Naval Assault: The Killing Tide tells the story of the efforts made by the Allied submariner against the Axis of Evil during the Second World War. The player takes control of an arsenal of U.S. Naval submarines. These submarines face enemy warships across the key naval warzones of World War II. The game begins in 1943 as the German Army, during WW2, starts to use U-Boats in order to attack.

As the captain of a U.S. submarine fleet, the player will be facing enemy assaults both above and below the surface of the water throughout the 30 missions in the game.

The game has been described by 505 Games as "arcade style," meaning that it differs greatly from other submarine titles such as Silent Hunter. Instead, the game allows players to adopt different roles throughout the missions. The firing of the deck gun is more akin to a title like Battlefield 1943 than to a submarine sim.

The game removes many of the complexities of previous submarine games in order to create a more console-friendly environment. There are only three levels of depth that the player can utilize and there are only ever two weapons available for use at any one time.

The multiplayer component of the game involves a 4-player mode that is similar to "capture the fort." This "territory" mode involves players moving to locations marked by a flag and trying to control them for as long as possible. 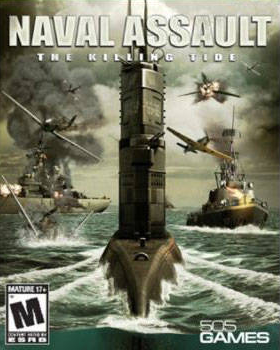