Players take on the role of either Ann (a royal army soldier who is out to protect the kingdom) or Erio (an arms dealer with a thirst for action). The game is set in the future and it appears a major incident has transformed what used to be a peace-filled nation into a troubled land of waste and ruin. What exactly has happened in this land remains unknown but whatever it was, it has damaged the earth's surface. Now the entire location is immersed in water. Our gallant heroes must now protect the earth's remains from the dastardly evil empire that are planning to take over the world.

Some of the designers are rumored to be Metal Slug veterans who left SNK after Metal Slug 3. The game play is therefore quite similar in style to Metal Slug, for one to two players, a variety of weapon types (insta-kill knife attacks when enemies are in close proximity), simple platforming, and hordes of enemy soldiers. Each level has a boss that is usually piloting an armed military vehicle. Where Dolphin Blue mixes things up is the addition of the dolphin, an invincible ally the player can ride and send to do super attacks. There are also some underwater swimming stages.

Dolphin Blue runs on Atomiswave hardware and features a nice mix of 2D sprite-based characters and enemies on 3D backgrounds and objects. The sprites are quite a bit more detailed than those in Metal Slug, but the 3D backgrounds are a bit simple. 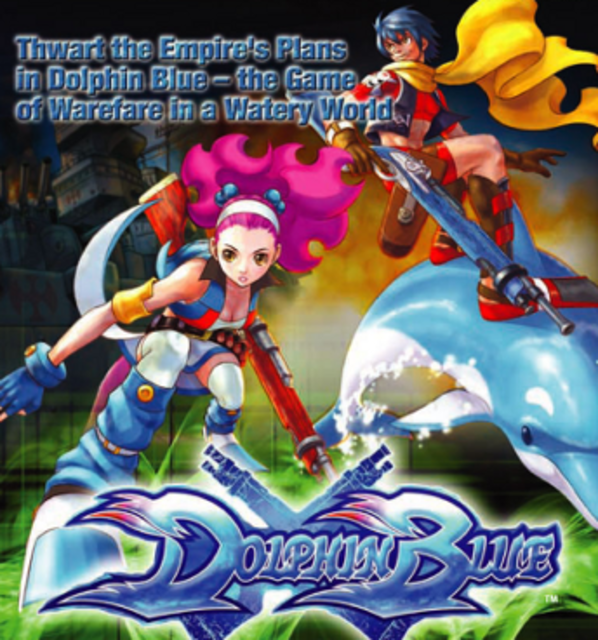