A 3D arena mech action game published by Hudson for the Sega Saturn.

Bulk Slash (バルク スラッシュ) is an action game for the Sega Saturn where the player pilots a mech that can transform between a bipedal robot and an aircraft. While completing different objectives in 3D arenas the player can also find different heroines that will join the player as a backseat navigator, all of which have their own special endings depending on which heroine they finish the game with. The title was developed by CAProductions and published exclusively in Japan by Hudson Soft on April 24, 1997. 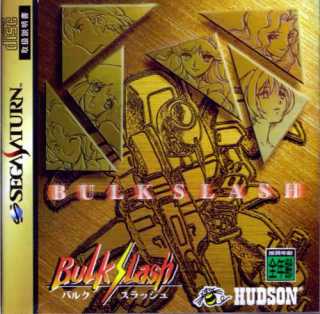