Phantasy Star Portable 2 Infinity was unveiled in the Weekly Famitsu issue for the week of August 23, 2010. It will include new content such as a new story mode, characters, playable race, items, and more.

It's story mode has a new sequence titled "Episode 2" that picks up where Phantasy Star Portable's final story mission, now dubbed "Episode 1," left off. Episode 2 focuses on a new character named Nagisa, an 18-year-old female Duman who is traveling around the Gurhal system for an unknown reason. The Duman race is a new playable race that joins the Human, Newman , CAST and Beast races that are present in the Phantasy Star Universe and Phantasy Star Portable series.

Dumans were formed when Human DNA underwent a change due to the SEED infection from 3 years ago (during the events of Phantasy Star Universe) and have pure white skin and wear eye patches. At the start of the game, they have just been recognized as a new race and because they have just mutated from humans they are discriminated against and have a small population. On the stats front, they have high attack strength and TECHNIC strength but very low defense and evasion. They also have their own racial ability called the "Infinity Blast."

Other Additions, Changes and More 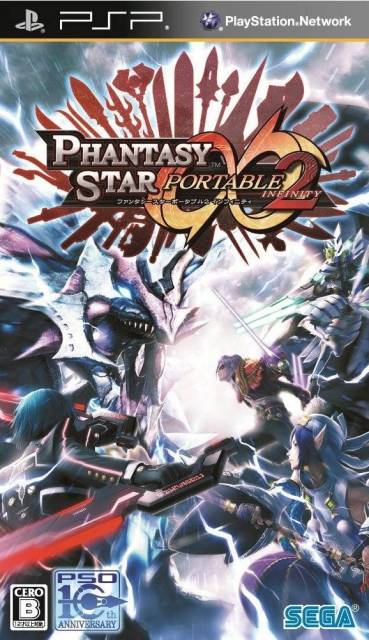