Robot Entertainment's first original game, this downloadable-only title charges the player to defend their fortress from an overwhelming force of orcs and other baddies. Put simply, Orcs. Must. Die! or the fortress will fall
Xbox 360 Games Store

Orcs Must Die! is a fantasy-themed Tower Defense game combined with a third person action game that was developed by Robot Entertainment. The game was initially released for the Xbox 360 via the Xbox Live Arcade on October 5th, 2011 and on PC shortly after on October 11th, 2011.

The war mages are known to defend the rifts, preventing the plunderous orcs from entering it and destroying the world beyond. One of the greatest war mage died by slipping on stair, and it is up to his apprentice to take his role. The world is now doomed. However, the newly appointed guardian of the rift is now ready to defend the world, before it gets destroyed, in his own special way.

The gameplay of Orcs Must Die! combines a mixture of both third-person action and the trap setting and strategy into the combat of the game. The goal of each stage is for players as the War Mage to defend a Rift from the various waves of orc attacks. When the Rift Score reaches zero the Rift explodes and the stage is lost and each individual orc typically reduces the Rift Score by 1 although some of the specialised orcs will reduce it by 5 or 10 depending on the given enemy. If the player dies during battle they will respawn at the Rift but at the cost of precious Rift Points. The player can however stand next to the Rift to recharge their health and mana and various health / mana pickups are also dropped by slain enemies during combat.

Players can engage the various orcs and foes with either hand-to-hand combat using the War Mage's Bladestaff or using ranged combat with a Crossbow. Players may also make use of the War Mage's magic attacks which are mapped to various magical items which are unlocked as players progress throughout the game.

Players also get the chance to set up traps before the beginning of each wave (with the exception of the hardest difficulty where the next stage starts instantly) and during the wave itself. As is typically the case in the tower defence genre, players are given a strict budget of currency at the start of a stage, which they may use to set traps (each trap having its own corresponding cost) and players are granted more coins (with which more traps can be bought) by slaying orcs with head-shots and traps, defeating tougher opponents or at the stage of end of each wave.

While basic weapons don't cost any magic at all, other magical items cost magic for their own special abilities. Each weapon comes with a secondary attack.

Weavers are upgrades that only last in each level. Each upgrade must be bought by using same coins used to buy traps 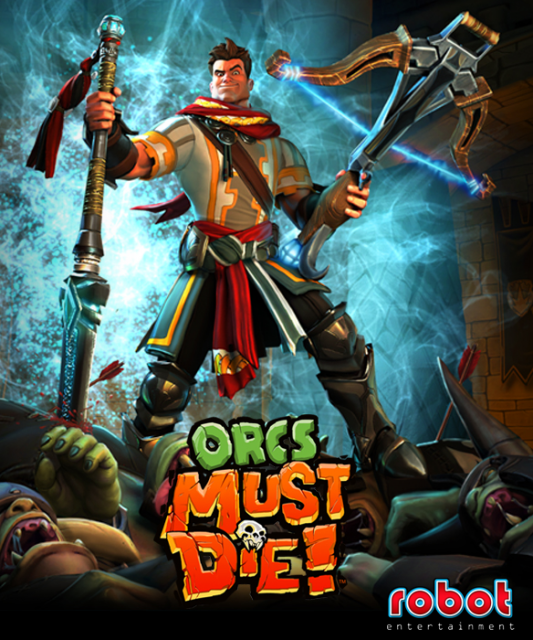