Luigi's Mansion: Dark Moon (known in most regions as "Luigi's Mansion 2" and in Japan as "Luigi Mansion 2") is a comedy/horror action-adventure game developed by Next Level and published by Nintendo for the Nintendo 3DS on March 24, 2013.

The sequel to the GameCube launch title Luigi's Mansion, as players reprise the role of Luigi as he continues to hunt down ghosts with the Poltergust 5000 (Professor E. Gadd's ghost-trapping vacuum cleaner and the successor to the Poltergust 3000). Along with a new control scheme made for the handheld console (including motion control), the game also introduces co-operative multiplayer (both local, including single card support, and online) for up to four players at a time (with each player as Luigi in a different-colored suit).

The game is set in a region called "Evershade Valley," where Professor E. Gadd lives in his laboratory and studies the friendly ghosts residing in the area. The game opens with the shattering of the Dark Moon, a crystal moon that resides above Evershade Valley, into six different pieces which causes the ghosts to suddenly become hostile. Luigi, who is at home sleeping, is called by E. Gadd who informs him of the situation before asking him for his assistance. The professor then uses his Pixelator to teleport Luigi to his bunker in Evershade Valley so the pair can begin the search for the six pieces of the Dark Moon, which have been scattered across different mansions, in order to restore peace to Evershade Valley.

Luigi then proceeds to make his way through the different mansions in the valley recovering a Dark Moon piece from each mansion and encountering new and stronger ghosts along the way. Upon obtaining the final Dark Moon piece however he is captured by King Boo, the antagonist of the first game, and is brought to a parallel dimension where he reveals that he was behind the destruction of the Dark Moon and the trapping of Mario within a painting, the same fate that the professor’s various Toad assistants had suffered at each of mansion within the game. After defeating and capturing King Boo once more Luigi returns to his dimension with Mario’s painting, frees Mario from his captivity and reunites with the Professor and Toads to rebuild the Dark Moon which results in the ghosts of the valley returning to their friendly state. The Professor then releases the now friendly captured ghosts from the vault and they celebrate before taking a taking a photo and allow Luigi to return home with his newly adopted Polterpup.

The game contains five mansions, each containing their own unique theme, which Luigi must traverse and explore in his quest to gather the various pieces of the shattered Dark Moon. Exploration through each mansion is divided into multiple mission-based levels that focus on completing a number of objectives, such as retrieving an object, accessing a particular room or defeating a stronger boss ghost.

The majority of the gameplay is centered around the Poltergust 5000 and the capturing of ghosts whilst players complete the objectives of the mission. To capture a ghost, players must first stun the ghost using Luigi's flashlight equipped with the Strobulb attachment. Unlike the first game, simply shining light upon a ghost is not sufficient to stun a ghost, instead players can charge the Strobulb to release an intense burst of light that acts similar to a flashbang. Whilst stunned, the ghost’s hit points are exposed, allowing the player to vacuum the ghost in order to decrease it’s hit points until it is weak enough to be captured and trapped by the player.

In addition to capturing ghosts, the vacuum is also used for exploration and puzzle solving by manipulating and carrying object seen in the environment. Early in the game, the player also obtains the Dark-Light Device item, which allows the flashlight to reveal invisible doors and furniture or the path of Boos hidden within each mission of the game. At the beginning of the game players are also given the Dual Scream, which is an original Nintendo DS and acts the same way as the Game Boy Horror from the first game and displays a map on the 3DS's bottom screen.

Upon finishing each mission players are awarded a score based on various factors such as the amount of treasure and ghosts collected. There is also a hidden Boo ghost within each mission in the game and upon capturing all of the hidden Boo’s within a mansion an additional mission is unlocked for the corresponding mansion.

Luigi's Mansion: Dark Moon features a cooperative multiplayer mode called "ScareScraper" (known as the Thrill Tower in PAL versions) is the multiplayer mode included in Luigi's Mansion: Dark Moon that is unlocked by completing Mission A-4: Visual Tricks in the main game. The mode supports either local (supports single-card download-play with some as of yet unspecified restrictions) or online multiplayer for up to four people. The mode however can also be played alone by one player!

While the main goal of each stage is achieved cooperatively, players also compete for coins, akin to The Legend of Zelda: Four Swords with a few "achievement" rewards at the end of the game, such as "MVP" or even just "Participator." When a floor has been cleared, red coins appear and players have to coordinate to collect them quickly and after that a roulette game starts that favors players who collected more red coins.

The roulette game rewards players with a bonus item if their icon stops next to it during the game of roulette. The more red coins a player gets, the more consecutive icons of his appear in the roulette, thus increasing their chances of winning a bonus item at the end of the floor.

The bonus items consist of the following:

Bonus items take effect only on the next floor and a player can have up to three bonus items equipped at a time. Sometimes a bonus item can even be found in vases, paintings, or other furniture.

The basic premise of the multiplayer mode is that players explore each floor of a mansion to complete the specified objective within a time limit. When the objective is completed, the players ascend to the next floor all of which are randomly generated with different floor layouts and placement of ghosts and items.

At the beginning of the game players select between four different objective types along with the difficulty and number of floors contained within the mansion. The mansion can be set to have either 5, 10, 25, or an infinite rooms (referred to as “Endless”) and the three difficulty settings are normal, hard, and expert (none of which are available on Endless mode due to the progressive difficulty system).

Every fifth floor a boss ghost is fought, regardless of the mode. On the final floor, The Brain is always the boss (unless playing on Endless). Boss ghosts are assisted by regular ghosts as the Luigi’s vacuum them up, with more regular ghosts appearing with more players.

The hunt is made harder by various booby traps that may cause a player to be cursed with reversed controls for a while and there are also plenty of secrets to find. Upgrades are also rewarded to the entire team if they reach certain treasure totals although these totals differ depending on the mode being played.

The following are the common hostile ghost types encountered by the player during the game. There is also a "Strong" variant of all of these ghosts with the except of the Creeper that feature an increase to their total HP and white "crack like" outlines to their appearance.

Development of the game started in 2009 with producer Shigeru Miyamoto overseeing the production, acting as a supervisor for the game. Miyamoto stated that he chose to work on the sequel simply because he "wanted to" after using the original game to test the hardware of the Nintendo 3DS. The Luigi's Mansion for the GameCube was tested for 3D effects, but this was later scrapped.

Miyamoto serving as a supervisor for the game would check in with the team every two weeks and provide feedback and suggestions. At one point during development Miyamoto chose to scrap the designed bosses in the game and encouraged the team to come up with new bosses that "could only appear in Luigi's mansion".

The team also experimented with the Circle Pad Pro but failed to find an adequate use for the device as the capturing of ghosts no longer required dual analog control.

The game was received very positively and as of September 2017, the game has sold 5.45 million units worldwide.

In Europe the game's cover artwork has reflective highlights, and a Boo stress ball was handed out as a pre-order bonus at select retailers. 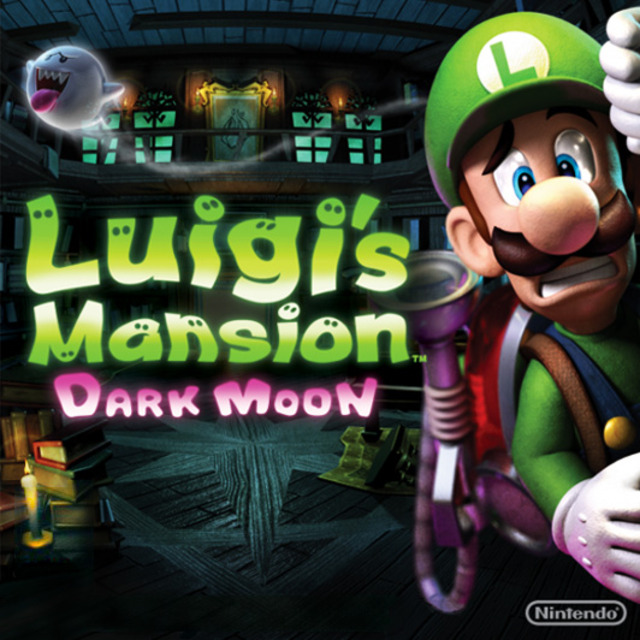