Mythlogical figures from numerous pantheons fight in arena-based combat in this third-person MOBA-like from the studio behind Global Agenda and Tribes: Ascend.

Smite: Battleground of the Gods (known in-game as SMITE) is a historical-fantasy free-to-play third-person multiplayer-focused action RPG developed by Hi-Rez Studios (later by Titan Forge) and released digitally by Hi-Rez Studios for the PC on March 25, 2014.

Building on the multiplayer-focused concept of the MOBA (Multiplayer Online Battle Arena) sub-genre, Smite is played from a limited behind-the-back perspective, with gameplay similar to traditional third-person action RPGs. Along with a standard "Conquest" mode, the game includes some alternate arena-based modes. The game's playable characters are based on numerous mythological figures from multiple pantheons (including Greek, Norse, and Chinese).

Along with numerous content updates throughout the years, the game was later released for the Xbox One on August 19, 2015, PlayStation 4 on May 31, 2016, Mac on July 7, 2016, and Nintendo Switch on January 24, 2019. Throughout 2019, the game received full cross-platform multiplayer and progression support.

The game also received a turn-based strategy spin-off in 2018, titled Hand of the Gods: Smite Tactics.

The standard 5 versus 5 game mode. The map consists of three lanes. Each lane has two towers, a phoenix, and has waves of allied minions marching towards the other team’s base. Between the lanes are areas populated with camps of neutral mobs which can be killed by both teams to gain experience, gold, and particular buffs. In this area are two special neutral monsters: the Gold Fury and the Fire Giant. Killing the Gold Fury gives experience and gold for the player’s entire team. Slaying the Fire Giant grants all live members of the player’s team a significant buff to damage, mana regeneration, and health regeneration. The end goal is to defeat the enemy team’s Titan. Player’s can weaken the Titan by engaging it while the enemy team’s phoenixes are dead.

This Titan is fully capable of defending itself and will attack any enemies that enter its room. Its high attack power and health generally require most, if not all of the team to overcome with any efficiency- as lone heroes can be killed by the Titan surprisingly quickly- even at max level.

The dueling mode. Two players fight it out in a single-lane map that generally has the same structure as a lane in the conquest game mode. Victory is achieved by killing the other player’s Titan.

The team deathmatch type mode. Arena takes place in a smaller and more open map without the traditional three lanes of creeps with the only obstructions being a few pillars in the middle of the map and small walls on the edges of the map to distinguish the neutral monsters. Both teams starts off with 500 tickets with the winner being the first team to deplete the other team’s pool of tickets. The enemy team’s tickets can be depleted by killing their minions, escorting your minions to their side of the map, slaying enemy gods, and by destroying the towers outside the enemy’s spawn. Once a team is reduced to 20 tickets normal minions no longer affect the enemy team’s ticket pool.

The all-random all-mid mode. Like the joust map, the assault map consists of one lane, but widened to accommodate a 5 versus 5 match. One difference is that the assault map does not have any neutral monsters for buffs or extra experience and gold. Each player’s god is chosen at random. Items that gain stats from killing enemy gods or minions are disabled in this mode. The only way for the player to return to the item shop is to die; there is no way to teleport back to base. Victory is achieved once the enemy Titan is slain.

A 5 versus 5 game mode that is centred around group team fights and lane pushing. This mode is a middle ground between the Conquest and Arena modes. The map is Egyptian in style and features two lanes defended by towers. The goal of each team is to push down the opponent's defences and defeat the enemy Titan.

The Clash map includes Apophis, a jungle boss exclusive to the Clash game mode that gives a powerful buff when defeated.

Match of the Day

This game mode changes daily and can range from a specific set of playable gods, usually themed or other unconventional conditions such as starting off a regular match of Conquest with 100,000 gold.

The game was initially released with a roster of 50 playable Gods, each split up into five classes: Hunters, Guardians, Mages, Warriors, and Assassins. As of the release of Charybdis, this total was increased to 116 Gods.

Melee-focused tanks and initiators (exceptions being Jormungandr and Sylvanus, who are range-focused).

Range-focused spellcasters and supports (exceptions being Ao Kuang and Freya, who are melee-focused). 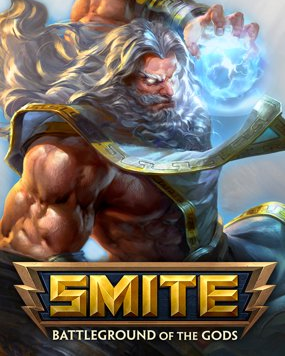