B.J. returns to Europe to fight the Nazis and the results of their new experiments. Original game is unlocked on completion of the campaign mode.

Return to Castle Wolfenstein: Tides of War for Xbox was released shortly after the PC original. The Xbox port included all the content from the PC version including online multiplayer, as well as additional single player levels. A two-player co-operative mode was also included.

Tides of War opens in a desert town in Egypt that includes catacombs full of zombie Nazis, and gradually moves the player through a variety of settings in Europe including weapons bases, mountain settings, cathedrals and ultimately the eponymous Castle. 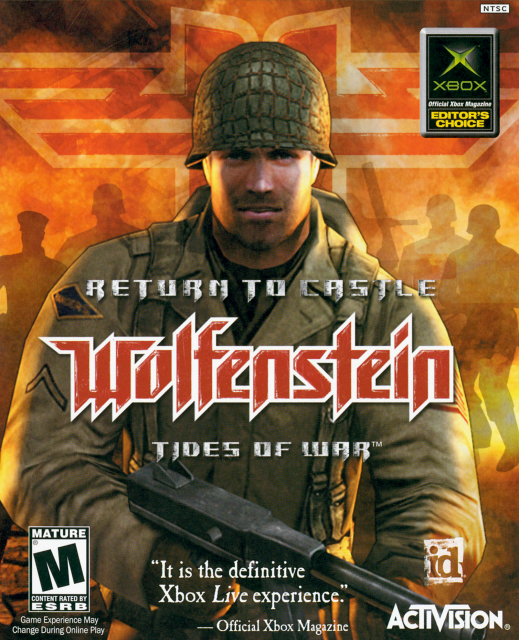