Set in a medieval-fantasy world engulfed in civil war, Chivalry is a multiplayer-focused class-based action game putting players in the role of valorous knights.

Chivalry: Medieval Warfare is a multiplayer-focused historical-fantasy action game developed and published digitally by Torn Banner for the PC on October 16, 2012. It was also released in retail format (outside of North America), was made available to Mac and Linux users on February 25, 2015, and was ported to consoles throughout late 2014 and 2015.

Based on the studio's earlier Age of Chivalry mod for Half-Life 2 (and funded through Kickstarter), Chivalry features medieval combat set in the fictional world of Agatha (with the two factions, the Agatha Knights and the Mason Order, in civil war). It is focused on first-person and third-person melee-centric combat, customizable character classes (each with their own unique repertoire of medieval weaponry), and a objective-based teamplay.

The game received numerous free post-release content and updates, bringing new weapons, maps, game modes, and customization options (including options for purchasable cosmetics). It was also ported by Mercenary Technology to the Xbox 360 and PlayStation 3 (on December 3, 2014 and February 10, 2015 respectively), and by Hardsuit Labs to both the Xbox One and PlayStation 4 on December 1, 2015. All console versions were released in digital format only.

The game received a dedicated expansion pack on November 14, 2013, titled Chivalry: Deadliest Warrior, as a tie-in to the 2009-2011 television series Deadliest Warrior. In it, players choose from six different classes based on warriors from different points in ancient history (including ninjas, vikings, and knights). The game also received a spin-off game in 2017, titled Mirage: Arcane Warfare, featuring magical abilities and a fantasy setting based on the ancient Middle East.

There are four distinct classes in Chivalry: Medieval Warfare. Each class has its own special ability and unique set of weapons.

The archer is the ranged weapon specialist. He is best used in a support role to deliver damage to enemies from far to mid range. The archer is considerably more vulnerable in melee, when compared to the other classes. The archer's ability to inflict decent damage at long range makes him a great defensive class for harassing the enemy's front lines and keeping them off objective points. When using javelins the archer can be viable at melee range as well, thrusting them from behind a shield. Available weapons include bows, crossbows, javelins, slings, daggers, cudgels, and shields. The archer also gets a choice of various ammunition types for bows and slings.

The man-at-arms is the lightest melee class, and relies heavily on evasion and speed abilities to land hits while trying to avoid enemy attacks. He specializes in one handed weapons and has the option of bringing a shield into battle. The man-at-arms is best played on the fringes of a battle. His speed allows him to move in and out of fights slipping in brutal hits. A good man-at-arms can evade the slow and heavy swings of a vanguard or knight, closing the distance rapidly to deliver the killing blow. Available weapons include swords, axes, clubs, staves, daggers, smoke bombs, fire pots, and shields.

The vanguard is an imposing aggressive force which forms the front line of an army. His weapons have extremely long reach and deal incredible damage. Generally making up a good portion of a team, the vanguard is typically the core warrior in battle. He has a large variety of weapons, most of which have extreme range (enough to kick an enemy away and still hit him with a swing). His charge ability can one-shot the lower armoured classes, though it can be supremely costly if missed. The vanguard is an all-around class capable of any role. Available weapons include poleaxes, polehammers, spears, greatswords, billhooks, throwing axes, and throwing knives.

The most powerful tank melee unit on the battlefield. The knight's damage output and armour levels are offset by the lack of agility and generally slower weapons he wields. His weapons are typically slow and heavy, but absolutely devastating when they connect. Knights are slow moving, but they can take significantly more damage than the other classes. Knights often move the front line and charge into large groups. His imposing frame and plate armour make him ideal for standing ground and defending a point. Only a headshot from a heavy crossbow can kill a knight in one hit. Available weapons include one handed, bastard, and two handed swords, axes, hammers, flails, throwing axes, and shields.

Crossbowmen may choose to equip themselves with either a pavise shield which can be deployed as cover, or extra crossbow bolts

Javelins are unique in that they may be thrown with the default attack, or used as a melee weapon by performing a stab. All types use the buckler shield in the off hand.

Men at Arms specialize in one-handed weapons that may be used with either a small, fast buckler shield; or a larger, slower heater shield.

Added in Content Update 1. The quarterstaff has a short reach and low damage, but an extremely high attack speed. Cannot be used with a shield.

Spears do not have overhead attacks, instead they have two stabs; a shorter range quick stab and a longer range slow thrust

Knights have the unique ability to wield any of their two handed swords in one hand with either a Kite or Tower shield.

Added in Content Update 1, Flails are spiked balls on a chain that the Knight uses along side a heater shield

Daggers (Archer and Man at Arms)

Attack and defend style gameplay. The attackers on each map must accomplish a series of objectives unique to each map, ranging from setting a farm on fire to poisoning well water with diseased corpses. The defenders must prevent the attackers from completing these objectives within the time limit. Considered to be the core mode of Chivalry.

A battle mode with Counter-Strike style spawning rules. If a player dies, they must wait until the next round to respawn. The only objective is the kill the enemy to the last man.

Traditional team deathmatch with a twist. Once a team reaches the kill limit, the opposing team does not respawn. The winning team must then fight to exterminate the opposing force to achieve total victory.

The teams battle over a central platform, earning capture time when the opposing team does not control the platform. Hold the center for the allotted time to win.

The classic two flag CTF setup. Players who pick up the flag are unable to use their weapons, but the flag acts like a Vanguard spear. A team's flag must be in their base in order for them to capture the enemy flag. First team to three captures wins.

Traditional deathmatch mode. The player with the most kills when time expires wins. Every man for themselves!

Added in Content Update 1. Players enter a lobby where they may challenge other players to one-on-one combat, or join the pool and be automatically assigned opponents. The player with the most duel victories when time expires is the winner.

The game initially included 7 different environments for player to battle in. Each stage includes their own unique objectives. A free content update on January 31, 2013 added 13 new maps: one team objective map, two maps which can play a variety of modes, and ten small maps for use with the newly added Duel mode.

The Mason Order has managed to sneak into the Stoneshill valley undiscovered aiming to end the still short rule of the Agathian steward residing here in his opulent Royal Palace. War comes to Stoneshill and it seems the quiet people of the sleepy village here are wholly unprepared. If the tenants of the Agathian Knighthood hold true, the Agathian forces stationed here will need to take up arms and face their fate, not only to ensure the safety of their named king’s subjects, but to ensure their continued claim to their homeland.

The outside area, as well as the throne room can be used for Team Deathmatch and Last Team Standing.

You have been chosen to lay your life down for the glory of the kingdom. The political whispers that haunt the streets of this once great capitol city will be settled here and now in the arena! Only death can reveal which faction has truest claim to the throne for the will of men is written in blood!

The Agathian army finally makes a push to take back their capitol city. The fighting has raged for three days, the surrounding lands have been ravaged and the worst is still yet to come. As Agathian engineers put the final touches on their secret weapon the last remaining Mason resources are under threat with the Agathian army launching their final and most devastating assault on their once glorious city.

After returning to find their homeland occupied by the Mason Order, the Agathian ship armadas were denied passage through the straight that leads into the Agathian interior. By the cover of night an Agathian landing party has made it ashore, where they plan to secure the beach and signal to the warships via a bonfire when they are clear to advance. Will the Mason Order’s shore defense prove too much for the Agathian ships, or will the landing party provide distraction sufficient enough for the fleet to invade?

The first and third objective area may also be used for Team Deathmatch and Last Team Standing.

What was once the glorious and noble crusade of King Argon to take back the now ruined first city of Narem has deteriorated into a petty land battle of pride and hubris in it’s decrepit streets and alleys. Take the enemies flag and parade it through the streets in mockery before you burn it back at your base.

Having infiltrated Agatha through a secret mountain pass above the Stoneshill Valley, the Mason Order plans to poison the source of the agathian water supply here with the diseased corpses of Agathian peasantry. Is the Mason Order aware that the remaining heirs to the throne are hidden away in a cliffside fortress just beyond the pass? Agatha’s last hope is to hold their reservoir cistern against the Mason Order’s disease laden wagon and hope the order doesn’t discover what’s hidden just beyond it.

A medium sized map, Moor is a large open field with wooden barriers sprinkled about.

A five stage Team Objective map which takes place in the Mason homeland. The Citadel looms in the shadow of an active volcano. Rivers of lava flow throughout the map. The Knights of Agatha assault the Mason Order's lands in order to free their people from slavery, and end the rule of the tyrant Lord Malric. Added as a part of Content Update 1

A medium sized map which takes place on an ancient wall built by King Argon of Agatha. The center of the map features an upper and lower portion, with the lower portion defended by pots of boiling oil which can be dropped from above. Added as a part of Content Update 1.

Duel maps are designed for one-on-one encounters in Duel mode, which was added as a part of Content Update 1. 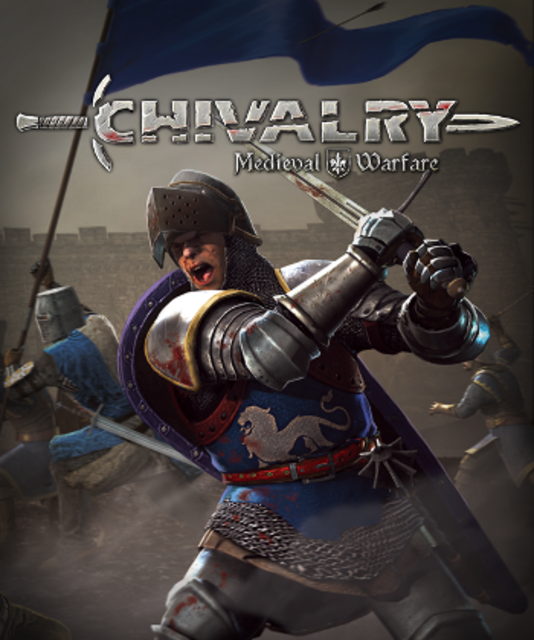