Guardians of Middle-earth is an action real-time strategy video game based around The Lord of the Rings franchise.
PlayStation 3 Xbox 360 Games Store PlayStation Network (PS3)

Guardians of Middle-earth is a MOBA-style game developed by Monolith Productions, set in J.R.R. Tolkien's Lord of the Rings universe. Players participate in online objective-based competitive multiplayer matches, with the ultimate goal being the destruction of the opposing teams base, or the highest score after time expires.

The game is a 5 vs 5 team-based effort played from an isometric point of view, with each team made up of a mix of good and evil characters from the LotR fiction. Players may choose a game mode that will auto-fill empty slots with AI bots if there are not enough players to start a match. Each player chooses a Guardian that has unique abilities and attacks, and players work together to move across the map to the other team's base to destroy it. There is also a Survival Mode where up to five players take on waves of enemies trying to destroy their towers.

The game is available digitally via PSN or XBLM for $15, and at retail on PS3 for $30. The downloadable version excludes eight of the Guardians and the Survival Mode, which is all locked behind DLC (but available as a bundle with the season pass), while the retail copy includes this content in the package.

The Season Pass is available for $15, and includes 8 Guardians and 1 game mode:

The game begins with each team starting in their base positioned in their half of the map. Various paths or "lanes" connect each base (there are 1-lane maps and 3-lane maps). The lanes are populated with towers, each protecting their corresponding teams half of the map. The player controlled "Guardians" move across the map eliminating towers and battling enemies with the ultimate goal of reaching and destroying the enemies base.

The Guardians are aided by smaller AI controlled warriors that spawn in waves from fortifications called Barracks located at the bases, positioned at the mouth of each lane. These warriors are much weaker than the Guardians, but will spawn endlessly and march down their respective lane, automatically attacking enemy towers and drawing fire. As the round progresses and players level up their Guardians, they are also able to upgrade their towers and barracks to make them stronger.

Players are given loadout slots which they select in the lobby after selecting a Guardian. Loadouts are not Guardian specific, rather they can be matched with any character of their choosing. Loadouts consist of a number of different customizable options:

Each loadout has a "belt" in which Relics can be placed. Relics grant the players certain boosts to their abilities, health, speed, etc. Relics hold Gems, and the specific Gems slotted in the Relics are what determines the exact value of these boosts.

Commands are very strong modifiers that have a temporary impact on a character's attributes, but have a much longer cooldown time, often 3-4 minutes or more. These commands can quickly save a player from death, or even deal a fatal blow during battle. When used properly, Commands can be a great asset to players.

Potions are single use buffs that players can use at any time. Potions can grant any number of boosts, such as health, resiliency, etc. Once used they are gone for good, and new ones must be purchased in between matches...but since they are single use they typically cost less coins to purchase.

Although in-game Guardian levels reset before each match, the game does feature persistent leveling, awarding players XP and coins (and sometimes relics and gems) at the end of each match. As players level up, they unlock access to more commands, potions & loadout slots, all of which can be purchased using coins.

If a player reaches maximum rank, they are even given the option to Prestige.

There are dozens of playable Guardians to choose from, but only a handful are immediately available to new players. Additional Guardians are unlocked via either in-game currency or paid DLC.

Each Guardian has one single basic attack, and four unique "Abilities," which can range from area of effect attacks, buffs for teammates, speed boosts, or other various effects. These Abilities all have cooldown timers, but they are fairly short. As players level up their Guardian by destroying towers and killing opposing units, they put upgrade points towards increasing the power of these abilities. These in-match levels are not persistent, and reset before each match.

Each Guardian belongs to one of five classes; Warrior, Enchanter, Defender, Striker, and Tactician. These classes give the player an idea what kind of abilities & play style they have. Defenders for example have more defensive attributes, such as healing & shielding teammates, where Warriors have more offensive abilities, such as attack power and shields. Enchanters have more magic based attacks, Tacticians typically have access to traps, and Strikers use speed and stealth to surprise their enemies. 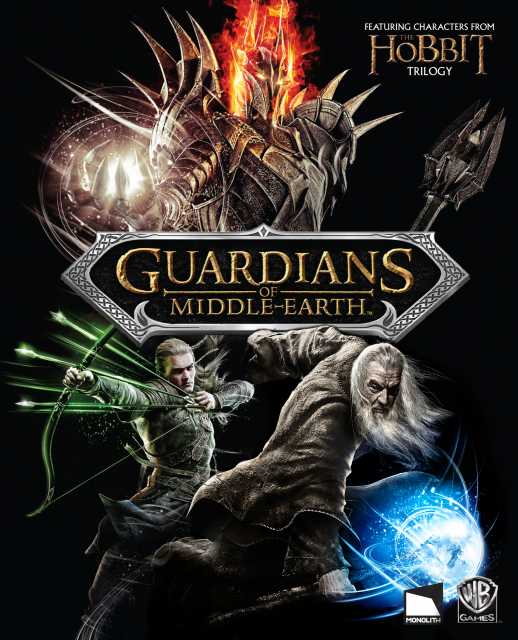