Storm Legion is the first full expansion for Rift, developed by Trion Worlds.

RIFT: Storm Legion is being developed by Trion Worlds. The game is set to release on the 13th of November 2012.

After the long war between the Guardians and Defiants, they have now placed their differences beside them, and banded together against a much greater foe, Crucia. The ascended now delve into the time-lost lands of Bravane and Dusken, to face the might of Crucia's colossi, enourmous beasts and mechanical wonders. Within these lands the ascended shall discover the Infinity Gate, which is a port and tool for Crucia, to invade the beautiful land, Telera.

In the picture to the left, Crucia herself is pictured in the foreground, with her army beneath her, and then her dragon form roaring across the battlefield. In the far background, you can see the Infinity Gate, which she uses to transport her hordes of monsters, beasts and mechanical colossi.

The gate will make Crucia able to transport her mechanical wonders through to Telara, to overtake it once and for all.

RIFT: Storm Legion will be released on the 13th of November, 2012 in various formats. The Digital Standard Edition will only include the base game for 24,99 €, but new players are able to buy a combo pack with both RIFT and RIFT: Storm Legion + 30 days of game time, for 34,99 €.

The Digital Collector's Edition (Infinity Edition) will only include the base game, as well a Brevanic Portal Generator (a portable porticulum), a Cyclone mount and a Mini Regulos companion pet, for a price of 34,99 €. New players are able to make the same deal as the standard edition, where they get the base game of RIFT + RIFT: Storm Legion Infinity Edition + 30 days of game time, for 44,99 €.

Players are also able to make the deal of getting RIFT: Storm Legion essentially for free, when they buy a 12-month subscription for RIFT for 107,88 €. By doing so, they will also receive a special "Landslide" mount, as well as the title, "Stormbringer". 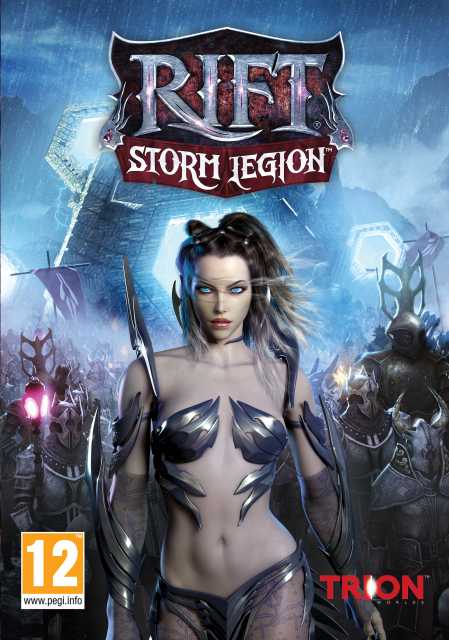