An obscure 2D fighting game for the Neo Geo with pre-rendered 3D graphics and characters based on Japanese folklore.

Ragnagard (known in Japan as Shinohken, which loosely translates to "God Phoenix Fist") is a 2D fighting game developed by System Vision and published by Saurus for arcades (running Neo Geo MVS hardware) and the Neo Geo AES on July 26, 1996.

The game is known for its use of pre-rendered 3D graphics (reminiscent of the Killer Instinct and Rise of the Robots series) and characters based on Japanese folklore (such as Shinto god Susano, Buddhist goddess Benten, and the mythological Monkey King). It is also the last game developed by obscure fighting game developer System Vision (whose previous games were Deadly Moves and Battle Master: Kyuukyoku no Senshitachi).

The game includes eight playable fighters from the start and three boss characters, who can each be played using specific cheat codes in the character select screen. 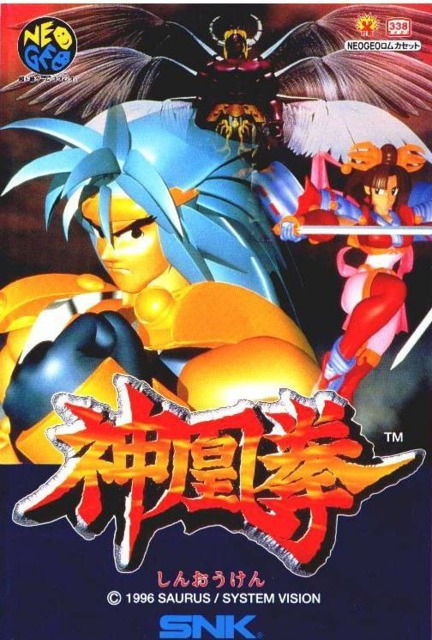