Evolution: The World of Sacred Device

In this dungeon-crawling RPG, you take the persona of adventurous teen, Mag Launcher, in search of the legendary Evolutia. Throughout his journey, Mag is accompanied by an assortment of sidekicks and to aid in his quest.

Evolution: The World of Sacred Device is a dungeon crawler RPG. It was developed primarily by Sting, with additional work being provided by Neverland Company. The game was published in Japan by ESP on January 21, 1999; Ubisoft handled the publishing duties in America where it was released on December 16, 1999 and in Europe when it was released in 2000. As in most JRPGs the combat is turn based and can involve up to 3 player controlled characters. Each character can use a normal attack, an item or one of special skills that become unlockable as the character levels up. All of the dungeons are randomly generated and consist of multiple floors the highest of which a boss monster.. The story is presented mainly between the dungeon crawling parts of the game.

In Evolution: The World of Sacred Device, you play as Mag Launcher, the son of two adventurous explorers. In the beginning of the game after your parents have been gone, a young girl appears at your house with a note from your father stating that you must watch over this girl, her name is Linear Cannon. Being the son of adventurers, you too are adept at exploring dungeons and such, in the world of the game these people are called "adventurers or cyframe users". A cyframe is a mechanical assistant that helps the adventurers explore and fend off monsters. 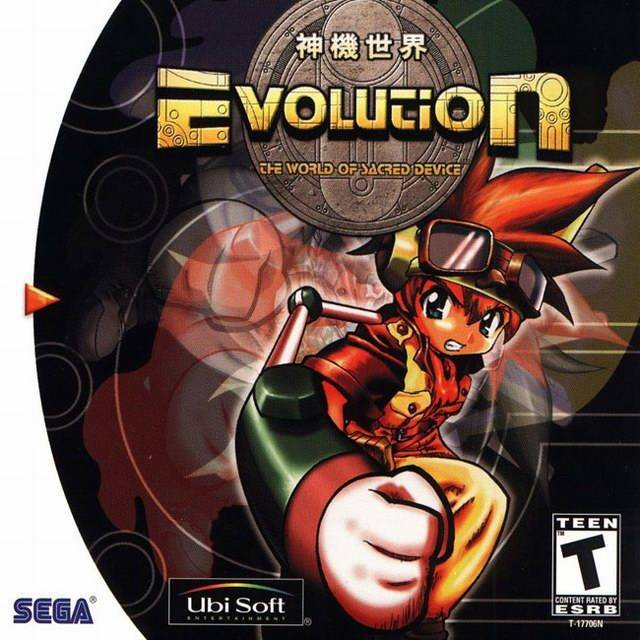