The King of Fighters '94

Pitting together fighters from SNK's other franchises, The King of Fighters '94 introduces a new team-based system where players fight in teams of three, eliminating each combatant in one-on-one rounds.

The King of Fighters '94 is a 2D tag-team fighting game developed and released by SNK for arcades (running Neo Geo MVS hardware) on August 25, 1994. It was subsequently released for the Neo Geo AES and Neo Geo CD later that year.

The first in a long-running series of fighting games, The King of Fighters '94 was developed as a crossover featuring not only characters from SNK's other fighting franchises (Fatal Fury and Art of Fighting), but also from some of SNK's pre-Neo Geo games (Ikari Warriors and Psycho Soldier). It introduces the series's standard Team Battle System, a form of "team elimination" matches where players form a team of three characters and must fight subsequent one-on-one rounds until all enemy opponents are knocked out.

The story of the game revolves a revival of the "King of Fighters" martial arts tournament, hosted by the mysterious "R" (later revealed to be ruthless arms dealer Rugal Bernstein), to bring together the strongest fighters from all over the world. Along with new rules for teams, this tournament also introduces a mysterious team of newcomers (led by pyrokinetic Japanese high school student Kyo Kusanagi, who serves as the series' main protagonist).

The game received yearly sequels between 1995 and 2003, followed by additional numbered sequels and spin-offs.

Unlike later games in the series, The King of Fighters '94 did not receive a port to other consoles at that era. However, it later received a Japanese-exclusive enhanced port to the PlayStation 2 (dubbed The King of Fighters '94 Re-Bout) on December 28, 2004. Made for the game's 10th anniversary, Re-Bout adds higher-definition graphics, 3D backgrounds, an arranged soundtrack, the Team Edit option from the later games, and online multiplayer.

The Power Gauge system takes elements from both the Art of Fighting and Fatal Fury games. Each fighter has their own Power Gauge on the bottom of the screen, which is automatically charged by blocking attacks and receiving damage. Players can manually affect both Power Gauges using two special techniques:

Once the Power Gauge is filled, the player enters a "MAX" state (as indicated by the fighter flashing bright) where their basic attacks become stronger for a short time. After a short amount of time, the MAX state ends and their Power Gauge is fully depleted.

The game includes 24 playable characters split into 8 teams of three. Unlike in the game's numerous sequels, players in this game can not mix-and-match characters between teams. 14 of these characters return from other SNK games.

Though these groups represent different countries around the world, there are some teams where none of the character's nationalities match the team's country (most notably Italy, Mexico, and Brazil). 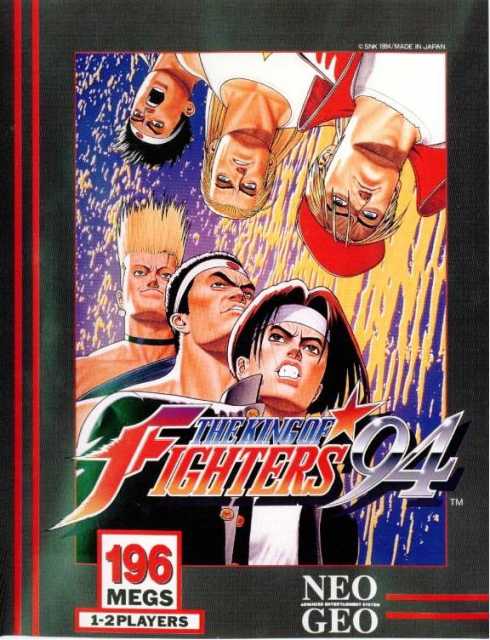