Set in a far-flung, mech-filled future, Titanfall is the first first-person shooter built by Respawn Entertainment, the studio formed by ex-employees of Call of Duty developer Infinity Ward.
Xbox 360

Titanfall is a sci-fi multiplayer first-person shooter developed by Respawn and published by Electronic Arts for the Xbox One and PC (via Origin) on March 11, 2014. It was later released for the Xbox 360 (ported by Bluepoint) on April 8, 2014.

Set in the distant outer space colonies of the far future, Titanfall chronicles the war between the Interstellar Manufacturing Corporation (a megalithic corporation, also known as "IMC", set to harvest the resources of the Frontier colonies for profit) and the Militia that resists them. Along with a wide variety of infantry weapons, special abilities, and AI squads, the primary mode of combat for the agile player-controlled soldiers (called "Pilots") are hulking mechanical mech-suits called "Titans".

It is the first game from Respawn Entertainment, a company founded by former Infinity Ward heads Jason West and Vince Zampella after their termination by Activision. The game was directed by Steve Fukuda (previously a lead designer for the Call of Duty series up until Modern Warfare 2) and produced by Drew McCoy (who also worked on Modern Warfare 2).

Multiplayer provides traditional matches between two opposing teams. Players start the match on foot and, as they complete objectives or earn kills, are eventually able to have their mech dropped into the match. XP is earned for what you do in the match with the point value popping up on screen with each kill and objective completion. Players on foot are not completely vulnerable to mechs as they are each armed with an 'anti-titan' heavy weapon such as a rocket launcher.

Players, known in-game as pilots, are equipped with a jump kit device when on foot that grants them ability to wall run and double jump. Players will also have better survivability than in similar games like Call of Duty to ease the of frustration of dying constantly when first getting to grips with the game. To counter this, multiplayer games will be populated with AI opponents so that most players are still able to achieve a steady rate of kills.

Along with the game's Classic Multiplayer playlists, Titanfall includes a Campaign Multiplayer playlist which serves as the game's primary campaign. It consists of a series of nine missions, each with a specific map and game mode (either Attrition or Hardpoint), which can be played from either faction. Each side offers their own unique storyline for each mission delivered through extended intro/outro sequences, atmospheric changes, and additional radio chatter during the match (which syncs up for both IMC and Militia players).

Regardless of whether the player wins or loses the match, finishing the match allows the campaign to progress to the next mission. Completing the entire campaign unlocks new Titan chassis options for custom Titan loadouts.

All primary weapons have Extended Magazine (or an equivalent) and Suppressor (with the exception of the Spitfire LMG).

Unlike primary weapons, sidearms have no attachments or mods.

Unlike primary weapons, anti-Titan weapons have no attachments or mods.

The base game includes 15 playable maps, with an additional nine maps as downloadable content. The pre-release beta for Titanfall included only Fracture and Angel City. 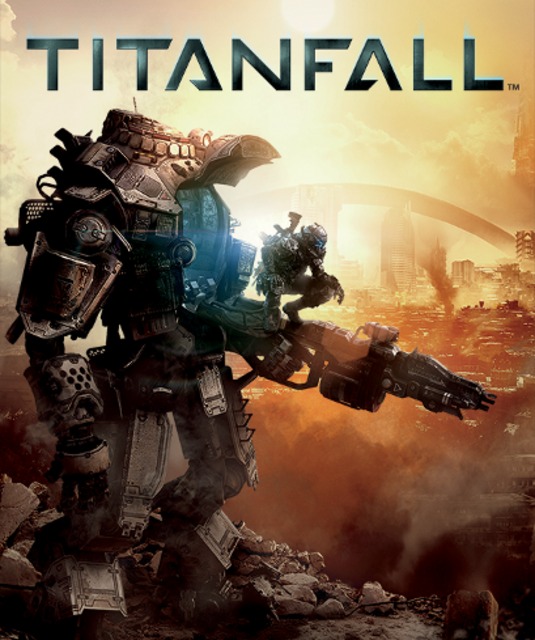