RF online, which stands for 'Rising Force Online', is a Korean MMORPG that was developed by CCR, and published by Sega in Japan and Codemasters in the United States and Europe. It is a mix of fantasy with science fiction elements and is based upon a three way race versus race versus race system (RvRvR) where the three races of the game do battle through mass player versus player (PvP) battles known as Chip Wars.

Originally, RF Online was subscription based. However, within October 2007, RF Online became free-to-play, with the addition on an online cash shop where real money can be spent on in-game items.

As of the 10th November, 2008, the American and European servers of RF Online will be closed. The last full day of service will be the 9th of November. No new accounts can be created, and the purchase of in-game credits has also been disabled. The reason behind the server closure is due to failed negotiations between Codemasters and the CCR regarding an extention to Codemasters' contract.

You can read more about the server closure Here.

RF Online has traditional MMORPG style elements such as quests, hunting, guilds, dungeon instances and PvP. It is more grind-heavy than most MMORPG's as it focuses more on building up stats rather than power levelling.

As well as HP, FP are 'Force Points', similar to MP used in other RPG's, which is used to cast Force spells and use skills. SP, or 'Stamina Points', is used for running and some higher level skills. DP, or 'Defence Points', controls the amount of damage you can stand. The more DP you lose per hit, the more damage you receive per hit.

Within RF Online, the use of 'potions' within the game mechanics is quite prominent. Whilst there are healer classes available, it is up to the player to stock up on potions take for responsibility for their own health, than rely on other players. Thankfully, a Macro system was introduced within one of the updates of RF Online that allow you to set up automatic potion usage, as well as other items and skills.

RF Online is based around its RvRvR and PvP game play elements. Every eight hours, a count down will begin in game to alert all players of the next Chip War. Chip Wars are huge RvRvR battles that take place within the Crag Mines. The point of the wars is to steal the 'Chip' of the opposing race whilst protecting your own Chip. The race that delivers the Chip of an opposing race to the centre of the mine, without losing their own, will be allowed to mine within the centre.

Mining is an important aspect of RF Online as the world features an in-game economy for each race which either thrives or suffers based on the acquisition of the Crag Mines and the ore which is dug up and sold. Ore can be used as part of the crafting exclusive to the Specialist class for making new weapons and items, as well as for upgrading.

As well as the Chip Wars, there are many areas within the world of RF Online that are free for all races to enter, such as the Sette Desert. Here, quests are often situated, making it a perilous place to wander into when at a low level. Other race specific 'outposts' are also free to enemy invasions, and it is up to each race to defend lower level players from attacks.

Each race also has a race leader and various sub-leaders. These people are chosen based on their points earned from PvP, and are voted by the general players of each race. The responsibilities of each race leader and council is to motivate, organise and guide their race into battle during the Chip War and protect their own race portals from attack.

There are three races that you can choose from in RF Online. Traditionally, a player could only have character's from one race at a time per server, but now you can have multiple characters from all three races on the same server. Those races are:

The Bellato are a small industrial race with a child-like appearance that represent the Bellato Union. Though not as physically strong as the Accretia, they make well rounded warriors and good crafters. The Bellato use giant mecha, called Massive Armoured Unit's, or MAU's, to stand up to the other races. In order to become a MAU Driver, you must choose Specialist as your class.

The Cora are a tall, religious group of magic users, resembling elves. They represent the Holy Alliance of Cora. They make fantastic spiritualists and good r angers. The Cora can summon creatures, or an Animus, to help them in battle. In order to become a summoner, you must choose Spiritualist as your class.

The Accretia are a robotic race of Cyborgs that consider themselves superior to the other races, and represent the Accretian Empire. They are the only race which cannot use Force or magic, and thus only have three initial classes to choose from. Every Accretian at level 15 can use a Launcher, but in order to choose the specialist Launcher class, you choose ranger as your class.

There are four main classes to choose from for each race, with multiple sub-classes available at levels 30 and 40. These basic classes are:

The warrior is the close combat master of the game, and can enter sub-classes ranging from extreme damage dealer to tank. They favour close range melee weapons and sometimes shields. It is recommended to raise PT's in melee, defence and shield for this class.

The ranger is the long range expert, able to shoot quickly and accurately. They favour long range weapons such as guns and bows and have lighter armour than the warrior class. It is recommended to raise PT's in ranged and defence for this class. If you wish to become an expert Accretia Launcher, you must choose this class.

The spiritualist is the magic user of the game, able to become deadly offensive spell casters or enter a healer or supportive role. The Accretian's are the only race which do not use Force skills, and so cannot become Spiritualists. It is recommended to raise PT's in Force and defence for this class. If you wish to become a Cora Summoner, you must choose this class.

The Specialist is slightly more different to the other classes. It does not focus much on combat, and thus all PT's are useful for a Specialist to concentrate on. The sub-class of the Specialist allows you to craft weapons and items. If you wish to become a Bellato MAU Driver, you must choose this class.

Instead of traditional statistics, RF Online has a Point system, known as PT's, which must be levelled up in order to upgrade weapons, armour and so on. Each PT has a level cap that increases which each character level until 99. These PT's are:

Melee PT affects the physical damage of close combat attacks and adds to your SP. Higher levels of melee PT are required in order to equip better melee weapons and armour. To level up this skill, you must attack with close combat weapons or skills.

Ranged PT affects your ranged damage and accuracy in combat, and also adds to your FP and SP. Higher levels of ranged PT are required to equip better ranged weapons and armour. To level up this skill, you must attack with ranged weapons or skills.

Force PT affects your offensive Force spells and is used to increase your maximum FP. By using Force spells, PT is added to both your Force PT and Force Skill PT. Higher levels of Force PT are required to equip better Force weapons and armour. To level up this skill, you must use Force spells.

Shield PT affects your ability to dodge and block attacks, increasing your blocking rate. Only by equipping a shield is your shield PT effective. Higher levels of shield PT are required to equip better shields. To level up this skill, you must block an attack. Sadly, blocking is automatic, thus the shield PT is one of the slowest to level up.

Defence PT affects your ability to take damage and adds to your HP and DP. This skill will level up with each unblocked hit to your character.

Each race also have their own racial ability which are levelled up within the same way. These PT's are:

Unit is the Bellato-only PT which is only available to Specialist classes that use the Massive Armoured Unit mechs, or MAU's. It levels up each time you attack whilst inside of your MAU. Unit PT is required to equip higher level MAU parts.

Summon is the Cora-only PT, which is only available to Force classes that choose to become summoners. Summon PT increases with every attack of your summoned creature, or Animus. Summon PT is required to use higher level Animus creatures.

Launcher is the Accretia-only PT, which is available to all Accretian's that own a Launcher weapon at level 15. Launcher is not related to ranged PT and will level up as you attack using your Launcher. Launcher PT is required to equip higher level Launcher weapons and armour.

RF Online requires an internet connection to play. You can download the free game client from the official RF Online website. 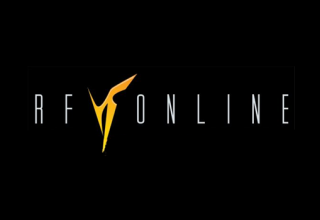