A sandbox space game focused on fun and building.

Space Engineers is a sci-fi "open world" sandbox game developed and published digitally by Keen Software House for the PC on February 28, 2019. It was originally released as a Steam Early Access game on October 23, 2013 (with numerous updates since then) and will be released for the Xbox One on April 15, 2020.

The alpha version of the game is currently limited to an open-ended creative mode and allows the player to construct 3 object types; small ships, large ships and space stations. The initial environments are limited in scope to a few nearby asteroids.

Small ships can be piloted from a cockpit or chase view, while large ships are limited to an external camera.

While its certainly apt to compare the title to something like Minecraft in space, a better comparison of the actual ship construction mechanic might be something like the creative mode in Banjoo-Kazooie Nuts and Bolts. In an interview with a local gaming channel, IndianTV, one of the developers said part of the inspiration for the game was Lego.

As the game development continues new mechanics like mining asteroids, ship-to-ship and on-foot combat and crafting (assembling) objects will begin to be enabled.

In March of 2014 Space Engineers introduced a survival mode game play type. Presented to the players as the most significant update to the game, this game mode requires players to gather and refine resources and construct ships and bases using a welding tool.

Items will appear in various levels of completion as the construction commences.

In order to increase the sense of conflict and danger in this mode, meteor showers can appear, damage structures and kill the player.

Released in early 2014, Multiplayer was one of the features that was initially confirmed and the game's small development team has indicated that it will be one of the games major features. Currently Multiplayer is available in the game and will be continued to be improved over time. The game's developers have committed to continued improvement to the multiplayer including working on dedicated server support, factions and communications.

November 2013 - Several updates to the alpha are made and the game now supports the following new features;

December 2013 - The game remains in alpha with the following changes added;

February 2014 - As the alpha begins to wind down the following features were added;

March 2014 - Many more features added in March - here are the major additions; 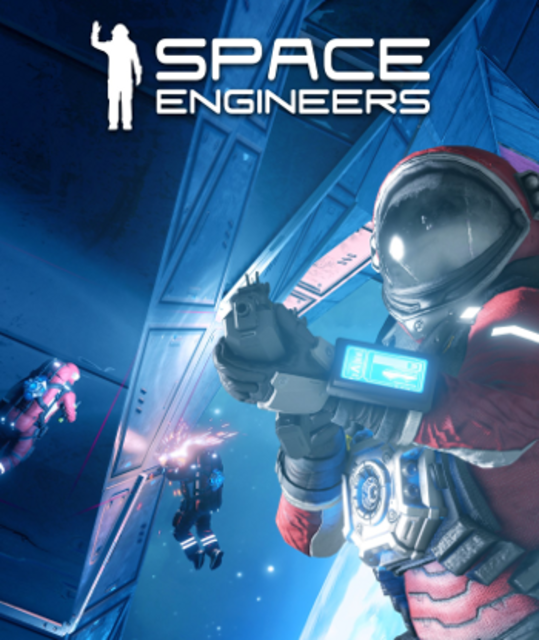