Rainbow Six Siege is a competitive multiplayer first-person shooter developed by Ubisoft Montreal. Players chose from a large roster of Operators with their own weapons and abilities to win round-based attack and defend matches.

Tom Clancy's Rainbow Six Siege is a multiplayer-focused modern-military tactical first-person shooter developed by Ubisoft Montreal and published by Ubisoft for the Xbox One, PlayStation 4, and PC on December 1, 2015.

A soft reboot of the Tom Clancy's Rainbow Six franchise, Siege follows the rebuilding of RAINBOW in 2015 (three years after its disbandment) after the rise of an international terrorist group known as the White Masks. While the game has a small single-player campaign (Situations) and a co-operative PvE mode (Terrorist Hunt), the main focus is its 5v5 competitive multiplayer (with three asymmetrical objective-based game modes).

Powered by Ubisoft's Anvil Next game engine, the game features a heavy emphasis on tactical use of the game's environment (with breakable walls, bullet penetration, and the use of traps and fortifications). In addition to heavily-customizable player loadouts, Rainbow Six Siege takes its cue from MOBAs and features numerous unique selectable characters known as Operators, with each Operator having a unique gadget (such as Castle's bulletproof barricades and Twitch's shock drone).

Situations is the game's optional tutorial section, where players can get accustomed to the various classes and maps that they will eventually be using in multiplayer. These 10 single player missions (with introductions narrated by actress Angela Bassett) each deliver a different operator and objective, with other secondary objectives that earn additional Renown.

Once the player successfully completes the 10 Situations, they unlock Article 5, an 11th mission that drops the player into an online co-op match with 4 other players, tasking them with defusing two bombs on a college campus.

The game contains a player vs environment (PvE) Terrorist Hunt game mode where teams of five players cooperatively attempt to defeat maps filled with terrorist AI enemies. The goals in this mode change each round, and include disarming bombs, extracting hostages, killing all of the terrorists, or protecting an asset (defensive mode). There are different types of enemies including suicide-bombers, scouts, and general enemies. Scanning an enemy with a camera or drone will reveal the 'class' of that unit.

The game mode randomizes enemy positions, classes, and objectives, and promises "you will never have the same experience twice."

Terrorist Hunt can be played online in teams of 5, or players can select to go in as a "Lone Wolf." It contains three difficulty levels; Normal, Hard, and Realistic.

Multiplayer pits 5 vs 5 in close quarter combat, with one team defending an objective (either a hostage, a biohazard container, or two bombs), while a counter terrorist Rainbow team attacks. The defending team must fortify their surroundings, reinforcing walls, creating traps, defensive systems and strategies to stop the attacking team. The attacking team must breach the fortified location and complete their objective using coordinated assaults and close quarters combat.

The competitive multiplayer in Rainbow Six Siege is divided into four playlists.

There is an additional "Discovery" playlist whenever a new map is launched that features only the new map.

Siege features an advanced destruction model that allows for strategic (or total) destruction of walls and floor panels. Walls made of wood or plaster can be destroyed; concrete, stone, and other hard materials are indestructible. Firearms can be used to shoot through and destroy walls depending on the caliber of ammunition. For example, pistols firing 9mm rounds will leave small bullet holes, unlike an assault rifle which causes significantly more damage.

Regardless of Operator, all Defenders have access to two wall reinforcements that are used to harden a "soft" wall. A reinforced wall can only be breached by a "hard breacher" Operator like Thermite, Hibana, or Maverick.

Previously exclusive to esports play, Pick & Ban is a feature available in Ranked and Unranked. At the start of a match, both teams ban two attackers and defenders, preventing them from being played for the duration of the match. This feature was expanded in Year 5 Season 3 to include Map Ban.

In esports matches, both team compositions are revealed to all players prior to the start of the round. Each team has an opportunity to perform a "Sixth Pick," whereby one player secretly changes their operator.

Siege has a dedicated playlist for new maps when they're released. This playlist is also used for limited time events.

A Halloween event for October 2018, Mad House featured the standard Bomb mode on a reskinned version of House. Operator selection was limited to operators who had received special Halloween skins for the event.

An April Fools' 2019 event running from April 1 to April 8, Rainbow is Magic introduced pink and rainbow-colored cosmetic items for Tachanka, Smoke, Blackbeard, and Montagne. It also featured a redecorated toy-sized version of the Plane map with the hostage wearing a teddy bear suit and a motherly narrator commentating the match.

Launched in late June 2019, Showdown featured a 3v3 mode set in a new, small map with an old West theme. The event came with exclusive themed cosmetic items for several operators and their weapons.

Launched on October 23, 2019 and lasting till November 6, Doktor's Curse was a Halloween-themed event with a 5v5 hide-and-seek mode on the map Theme Park. The attackers wield breaching hammers and have access to some abilities from multiplayer. The defenders have no weapons and must use traps and a limited-use invisibility power to survive until the round ends.

Running in late November 2019, Money Heist was a collaboration with Netflix to promote the new Netflix series of the same name. The event featured the Hostage mode on the Bank map and limited-time skins for certain operators.

Launched on January 15, 2020 and lasting to February 16, 2020, the Road to S.I. 2020 event was a prelude to the 2020 Six Invitational annual esports tournament. The event included a new map, Stadium, designed as an in-universe shoot house with the game's operators participating as contestants, and a battle pass with 35 tiers of cosmetic items.

Running for a few weeks in May 2020, The Grand Larceny featured a reskinned version of Hereford Base and a modified Secure Area mode wherein the attacking team must open 3 safeboxes to win.

An event running for most of August 2020, M.U.T.E. Protocol featured a reskinned version of Tower and a modified Secure Area mode. In the event, attackers had unlimited drones and could teleport to their current drone's location. Defenders could teleport between bulletproof cameras placed around the map.

While the Recruit is unlocked from the start, other Operators had to be purchased with either in-game currency (Renown) or premium currency (R6 Credits). While the 20 initial Operators are cheap, their price rises as more from the same CTU are purchased. DLC Operators are expensive, but are discounted the longer they remain available. DLC Operators can also be purchased in special season pass bundles and special game editions. From the Operation Chimera to the Operation Burnt Horizon seasons, all 20 initial Operators were unlocked from the start.

At the start of each round, each player selects an Operator, and no one may pick the same Operator as another player (other than the Recruit).

The game's default unlocked Operator (for both Attackers and Defenders), Recruits use highly-customizable loadouts reminiscent of earlier Rainbow Six games. They have numerous differences from other Operators:

All players will get additional maps as soon as they are released, and new Operators will be unlockable via Renown, though at a much higher cost than the standard Operators. Season Pass owners will get early access to the new operators and will not have to spend extra money or Renown to unlock them.

Year Two was also planned to contain four seasons of new content, similar to Year One. However, Ubisoft decided to do a "maintenance season" in Season 2, in which instead of releasing a new map and set of operators, they would do a campaign to improve regular problems, like: server issues, glitch removal, faster matchmaking and overall gameplay improvements. Even though the season's map release was cancelled, the scheduled Operators were still released in staggered updates.

In addition to new, HAZMAT-themed Operators, the first season of Year Three included a special time-limited, co-op PvE event called "Outbreak," during Operation Chimera. Selected Operators must fight a hoard of zombies in Truth or Consequences, New Mexico, to destroy them before their virus spreads any further.

Season Three of this year saw the Defender side getting its first shield hero in Clash, and a complete rework of the Hereford map in lieu of a new one.

In Year Four, only one new map was added (Outback), and the Road Map calls for the other seasons to rework existing maps instead.

In addition, extra background story was added in a new short film: The Hammer and the Scalpel. Harishva “Harry” Pandey, the psychological and cultural expert of the team, took over the duties of "Six" from Aurelia Arnot who left for a position within the US State Department. Ubisoft promised that similar stories would be added to expand the lore of the Rainbow Six Universe.

Year Four also sees the introduction of a Pick & Ban system to Ranked play, deployment options for attackers in Casual, a redesigned Operators screen in the main menu, and a new Ranked hub that will show players their stats and their MMR from the current and previous season.

This Year's roadmap calls for new seasonal events to be added alongside new Operators and a new Battle Pass system that offers rewards for those willing to pay extra on top of the Season Pass. Unlike other Years, there will be no new maps, but reworks of existing ones. Several Operators saw their secondary loadouts changed during this year, and some Defenders now have the option of carrying a Proximity Alarm that emits a high-pitch beep whenever an enemy steps within their detection radius.

Seasons 3-4 will only introduce one new Operator each, as the development team plans to focus on reworking the existing codebase to fix bugs and update the engine (similar to Operation Health in Year Two). The developers also announced their plan to completely rework Tachanka to bring the little-used Operator in tune with the current Meta.

Season 3 came with a new breaching gadget that allowed for more operators to partially breach reinforced walls, new optics for various guns that allow for more custom sights, a change to the way Thatcher's gadget worked, and a change to the distribution of Defender reinforced walls. The same season debuted a reworked Tachanka: his RP-46, normally a mounted LMG that served as his gadget, would now become his main Primary weapon. His new gadget is the Shumikha Launcher: a grenade launcher that fires incendiary grenades that bounce off surfaces and explode after a short fuse, covering a modest area in flames. 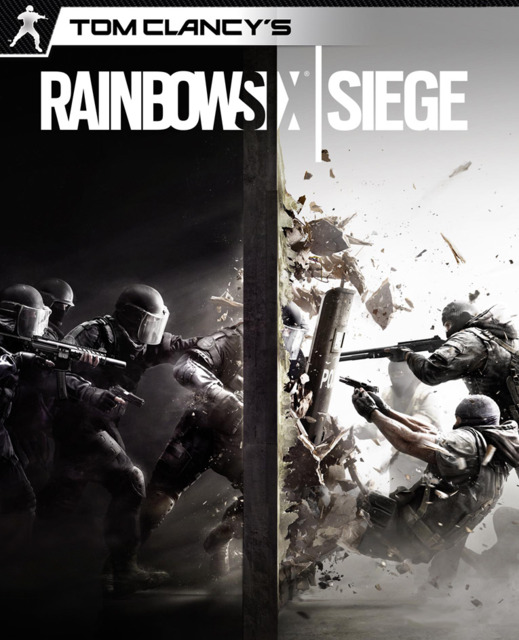