A MOBA designed for iOS devices and famously unveiled at the iPhone 6/6+ announcement conference.

Vainglory is a free-to-play MOBA designed for iPad and iPhone devices. The game was unveiled at the iPhone 6/6+ announcement conference and was used as a demonstration of the new iPhone's graphical power.

The game features a free-to-play mechanic familiar to the genre. Certain characters in the game are offered for free and rotated at set times to encourage the player to buy permanent access to their favourites.

Set in Halcyon Fold each hero has been drawn to this place because of the mythical Halcyon Well. An ancient energy source brimming with unlimited power. The energy that spews fourth from this ancient tome is neither good nor evil, that choice is left to those who attempt to use it. Whether it be the hero who wishes to bring peace and tranquility to their lands, or the villain who wishes to use its immense power to have their enemies driven beneath them. All who are drawn to its powerful glow know only the strong will have an opportunity to feel it’s all encompassing shine.

In classic MOBA structure, each player has a Vain crystal they must protect. This crystal stores the energy that they have collected from the well. The bases provide a location of sanctuary where a player can recover health and shop for items without fear of attack.

Each base is then connected by a lane. The lane is a long stony path that runs along the Halcyon Fold and connects each base to each other. Players will have to transvers the lane in order to attack other player bases.

The Jungle resides below the Lane and is home to different powerful creatures. Some creatures will assist the player and others will only assist in their demise. 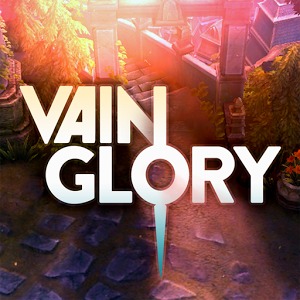