A vault management simulator from Bethesda, set in the Fallout universe.

Revealed at the Bethesda press conference at E3 2015, Fallout Shelter is a free to play mobile game that takes place in the Fallout universe. The player takes the role of a Vault's Overseer and is required to manage three resources: power, water, and food. Additionally the Overseer picks vault dwellers to go out and explore the wasteland. While exploring the dwellers will find items to bring back to the vault and gain experience while fighting creatures. If a dweller dies while exploring the wasteland or dealing with an emergency in the vault the player can revive them for a number of caps relative to their level, and all items are retained by the dweller.

The player is responsible for micromanaging the NPCs living in the vault. Vault dwellers have individual stats which make them better in specific rooms. If the vault's requirement for a resource is higher than the player can produce there is a penalty applied based on what is needed.

There are 20 different rooms, including 7 training rooms, available to build in your vault, each with a specific S.P.E.C.I.A.L. ability required to run at maximum efficiency.

Each room can be upgraded to Level 3, allowing for greater production per period. The player also has the ability to merge up to 3 rooms of the same type next to each other, allowing for even greater maximum production.

Elevators allow for Vault rooms to be built deeper underground.

Power Generators provide electricity to all rooms in the Vault, allowing them to continue production.

Diners provide food for the dwellers in the Vault, allowing them to regenerate HP to maximum level.

Water Treatment facilities purifying the water supply throughout the vault, filtering out any radiation that could harm the Vault dwellers.

Storage rooms add storage capacity of the vault, increasing the number of weapons and outfits that can be held in the vault.

MedBays produce Stimpaks to be used to heal dwellers when inside the Vault or exploring the Wasteland.

Science Lab rooms produce RadAway packs to cure dwellers of radiation sickness, contracted either through insufficient water supply or when exploring the Wasteland.

A radio room provides two different services: playing music throughout the vault, increasing the overall happiness of the dwellers, and broadcasting a welcoming signal for dwellers out in the Wasteland to come join the vault.

A nuclear reactor provides more efficient power throughout the Vault, allowing for higher production yield compared to the power generator

Like the Water Treatment Plant, the Water Purification cleans and filters the water supply throughout the Vault.

The Nuka-Cola Bottler has the benefit of producing both food and water simultaneously.

Besides being assigned to rooms inside the vault the player can send dwellers out into the wasteland. Dwellers dragged outside the vault by the player will have their inventory shown. The player can give them specific weapon or armor, as well as Stimpaks and Radaway. The goal of exploration is to find items, caps, and gain experience. The player can recall the dweller to the base at any time, but the return trip is not instantaneous and takes a percentage of the exploration time. While exploring outside the vault most S.P.E.C.I.A.L. stats will have some affect on the outcome of the trip, so it is in the player's interest to send higher level dwellers out well equipped.

In Fallout Shelter, you can acquire different types of weapons either through exploring the Wasteland or by receiving them in lunchboxes that are awarded for completing tasks.

You can dress your dwellers in different outfits that will increase certain S.P.E.C.I.A.L. levels. Outfits can be found by exploring the Wasteland or being awarded them through lunchbox cards.

Outfits have three rarity levels - Common, Rare, and Legendary - which is related to their value and the level of stat increases that they provide.

Outside of your current and potential Vault dwellers, as well as the occasional raiders, there are 21 unique legendary characters who can join your vault, all of whom have been characters in previous Fallout games.

These characters can show up either randomly from the Wasteland when you broadcast from a radio room in your Vault, or through opening lunchboxes that you have been awarded trough completing quests. While each character comes with their own unique set of S.P.E.C.I.A.L. stats, each of their sets has a total sum of 40 stats.

Fallout Shelter requires iOS 7.0+ and is compatible with iPhone, iPad, and iPod Touch. It is optimized for iPhone 5, iPhone 6, and iPhone 6 Plus 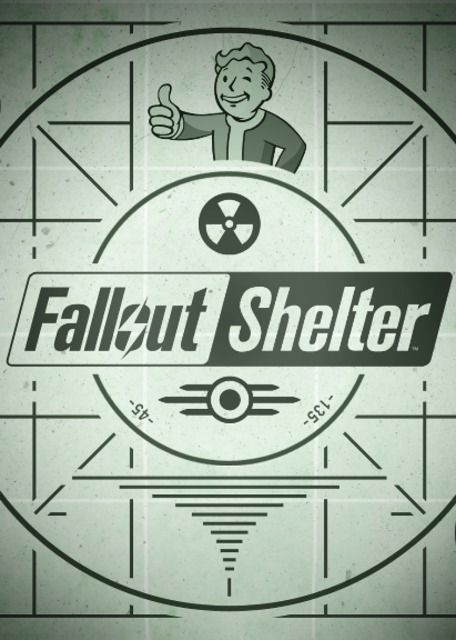