Indivisible is an action RPG from Lab Zero Games, the makers of Skullgirls.

Initially announced via Twitter on July 2, 2015, Indivisible is the sophmore effort of Lab Zero Games, the makers of Skullgirls. Taking inspiration from games like Super Metroid and Valkyrie Profile, Indivisible tells the story of a girl named Ajna as she travels the world, gather abilities and allies, as she searches for the truth to her mysterious powers.

Lab Zero Games launched an Indiegogo for Indivisible campaign on October 5, 2015, asking for $1,500,000. The game was completely funded during a slight extension, on December 12, 2015.

Presented in a hand-drawn 2D art style, players will explore the world of Indivisible searching out new skills that will allow Ajna to reach areas that were previously inaccessible. players will encounter heroes on their quest that will join Ajna and participate in the game's Valkyrie Profile-inspired party-based combat.

A girl with mysterious powers. She will recruit people to fight along side her as Incarnations. She can equip a variety of weapons to do battle with, as well as help her to overcome obstacles in the environment.

An archer from a nomadic tribe on a journey of self-discovery. Acrobatically attacks with a flurry of arrows.

A hermit studied in shamanistic arts with a tiger spirit named Bom in her lantern. She sends Bom to attack with fiery strikes. She can also heal the group.

A veteran military commander now seeking to train a new generation. Attacks with the urumi, a flexible, ribbon-like sword, to shred foes with a furious barrage of cuts.

Lab Zero Games is funding development of Indivisible, in part, via an Indiegogo campaign. If the goal is met, the remaining funding will be provided by 505 Games.

On October 9th, 2020 505 Games released a statement that other than content currently in submission production on the game would cease following the dissolution of Lab Zero games, and that guest characters and backer-created characters would no longer be added to the game as planned. 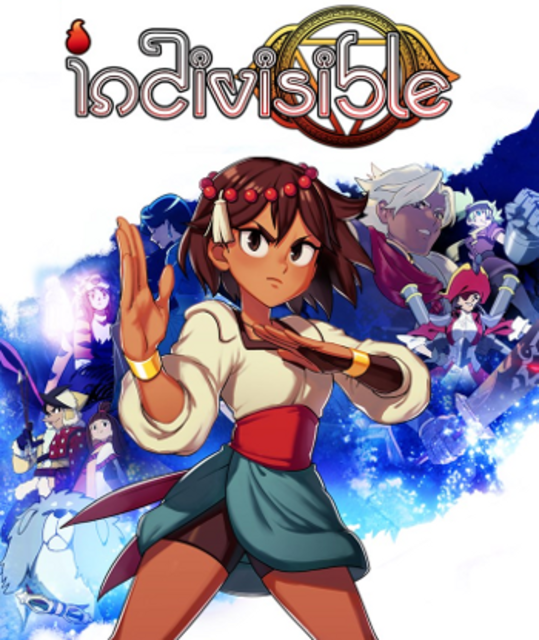