The Last of Us: Left Behind

A standalone release for The Last of Us's story DLC, Left Behind, centering on Ellie and her companion Riley set both before and during the main game.
PlayStation Network (PS3) PlayStation 4

The Last of Us: Left Behind is a third-person action-adventure game with stealth and horror elements that is a standalone extension of The Last of Us. It focuses on the deuteragonist of the first game, Ellie, and her adventures both before meeting Joel, where she worked alongside a member of the Fireflies resistance named Riley, and during the game when Joel was out of commission for a few hours.

The game uses the same mechanics as the original: Ellie must salvage ammo, components for makeshift weapons, and other useful items while avoiding hostile people and The Infected - zombie-like former humans infected by a Cordyceps spore variant. Ellie can also take a moment to go into "Listen Mode," which allows her to hear and identify nearby enemies and other ambient sounds. 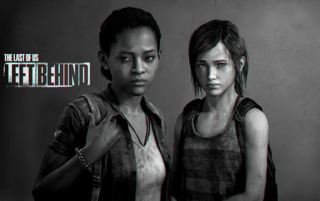