The Legend of Heroes: Trails in the Sky

The first game in the Legend of Heroes VI Sora no Kiseki trilogy. Follow Estelle and Joshua Bright on their journey to become Senior Bracers.
PlayStation Portable PlayStation 3

The Legend of Heroes: Trails in the Sky is the first game in the Trails sub-series produced by Nihon Falcom. The title follows the exploits of Estelle Bright and her adopted brother Joshua as they travel across the land of Liberl, helping people and battling monsters, as they work to become Senior Bracers. Trails in the Sky was originally released for the PC in Japan on June 24, 2004 and was eventual ported to the PlayStation Portable in 2006 as well as the PlayStation 3 in 2012. XSEED Games localized and brought the PSP game to the United States on March 29, 2011 and later to the PC in 2014.

As the game starts, Estelle and Joshua are in their final day of training, and become junior bracers (apprentices, essentially). Their father, a well-respected bracer renowned for his talent and personality, leaves them for an emergency long-distance job. As the game progresses, they must track down their father, traverse the lands in their quest of becoming full-fledged bracers, and learn why sky pirates have begun a series of crimes throughout the land.

The game features traditional turn-based RPG mechanics. Enemies are visible on the field, and can either be avoided or encountered. If the heroes sneak up behind an enemy, they gain the battlefield advantage, or vice versa. The screen then breaks into a battlefield grid, where the heroes and monsters take turns moving around the map, attacking, casting spells, or using items. Heroes have special abilities that, when charged, can be used to interrupt an enemy's turn and inflict lots of damage. These abilities can be changed up through the menu system, and more skills develop throughout the game.

Magic is handled through what's called "orbments". After each battle, a certain number of orbment shards are found in several categories, such as Fire, Water, Time, or Mirage. These shards can be taken back to towns and used to either create materia-like orbments that can add skills or stat adjustments, or used to unlock more slots per character to slot the orbments. Each character, save for Estelle, has orbments that he or she specializes in, such as Joshua's Time orbment slots. Estelle, however, can utilize any type of orbments in any slot.

Alternately, orbment shards can be traded for mira, the game's currency. Weapons, armor, accessories, healing items, and cooking items can be purchased in town. The game features recipes and cooking, which can provide healing and status items by cooking up various items. Recipes are gained by trying food, which can be purchased or obtained through various shops or bars. 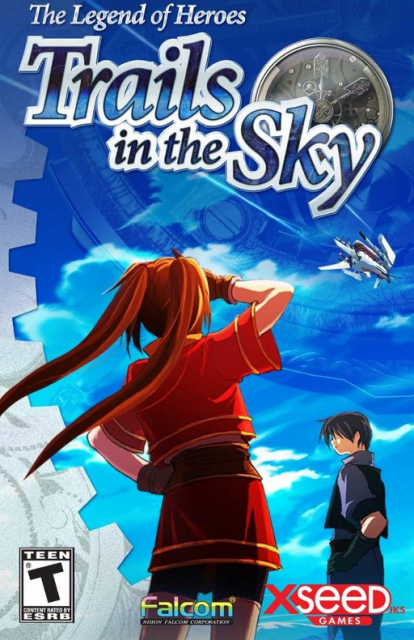