An expansion pack for Battlefield 1942 adding experimental weapons, gadgets and vehicles as well as new maps.

Battlefield 1942: Secrets of WWII is the second expansion to Battlefield 1942. The expansion features weapons, gadgets and vehicles based on research and prototypes that were made during World War II. It also introduces eight new maps, six of which are objective based. In the objective based mode the allied must destroy or sabotage axis constructs. The axis engineer can repair the construct if they are not destroyed, meaning the allied attacks must be swift. The allied will lose tickets as long as the targets are still standing. The axis will start to lose tickets when targets are destroyed.

None of the weapons and vehicles are playable on the old maps.

None of the maps are based on historical battles, which they were in the original game. Nonetheless, the battles are given a timeframe. 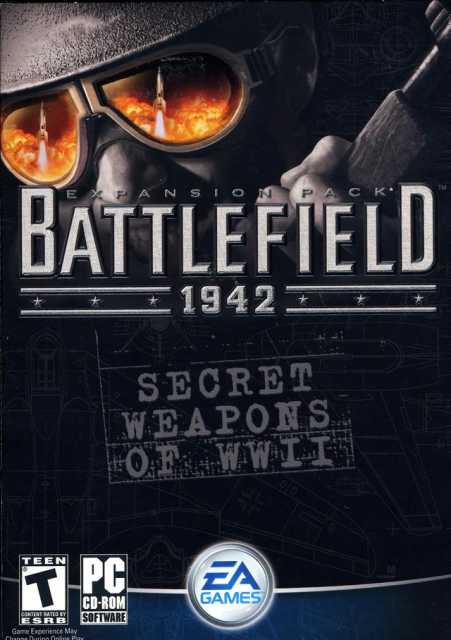