Metal Slug 1st Mission was released for the Neo Geo Pocket Color by SNK (it was developed by Ukiyotei Company). It was released on May 27, 1999 in Japan and in 2000 in North America. Naturally, the game has graphics altered for the handheld. There are only a few differences in gameplay from previous iterations in the Metal Slug franchise, such as the option button that switches between the grenade and fire buttons (as opposed to different buttons for each). There is only one playable character at the beginning (Marco Rossi), but after beating it once, another character is unlocked.

The game takes place in 2027 A.D. There is rising trouble in relation to illegal arms dealing. After investigation, it is found that such weapons are being dealt by the Government Forces. This brings the threat into a more realistic perspective, as the location where weapons are being distributed is much larger and more advanced (with weaponry such as the SV-000 METAL SLUG prototype). The commander of this operation is none other than Colonel Hilde Garn and Lieutenant Colonel Macba. To deal with the situation, the Special Forces Squad Peregrine Falcons are sent in. The point of the game is to destroy the center and capture the men behind it.
The Jeff Gerstmann Home Game: Questionable Ports of Smash TV & Pac-Man
Ranger X Super C Eduardo the Samurai Toaster Bionic Commando Bionic Commando Rearmed 2 Intrusion 2 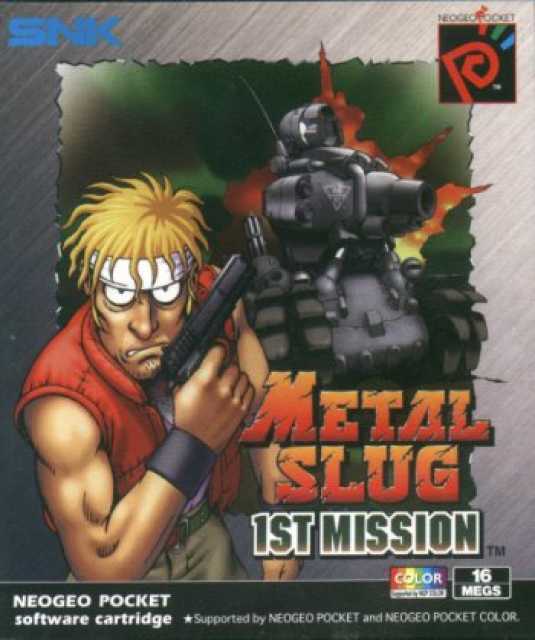